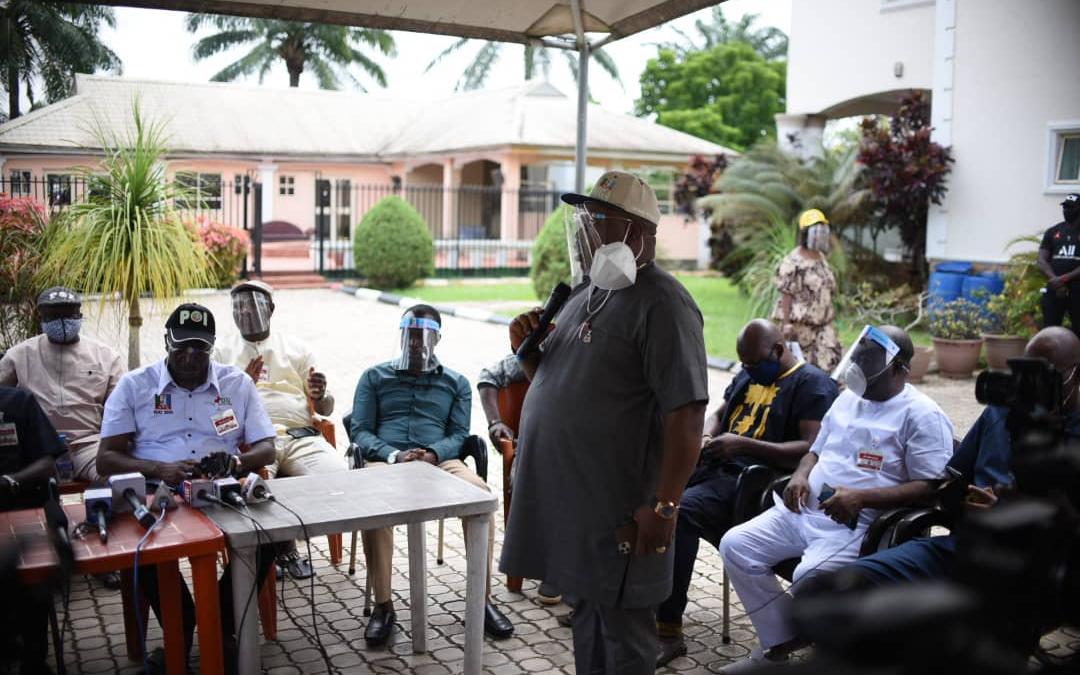 At least 7 out of the 12 elected local Councilors in Oredo Local Government, including that of Governor Godwin Obaseki’s Ward, have all declared support for the candidate of the All Progressives Congress, Pastor Osagie Ize-Iyamu, and promised to deliver a landslide victory for him in the local government.

Hon. Collins Eweka of Ward 12, Mr. Smart Ehioze of Ward 03, Mr. Geofrrey Enabulele of Ward 08, Mr. Bright Aisien of Ward 04, Mr. Omoregbe Samuel of Ward 07, Mr. Efosa Ogiame of Ward 11, and Mr. Reliance Okugbowa of Ward 09 met with the candidate and other leaders of the APC on Tuesday in his private residence to reassure him of their complete support ahead of the September 19 Governorship election.

Speaking at the meeting, the Councilor of Ward 04 where Governor Godwin Obaseki is registered as a member maintained that as an elected local lawmaker on the platform of the All Progressives Congress, his loyalty, and that of others in Oredo LG, remains with the party and they will ensure the victory of Pastor Ize-Iyamu at the polls.

Other lawmakers attested to Ize-Iyamu’s accessibility, leadership, ability to bring the government closer to the people through other elected local officers in a peaceful government governed by respect engagement and focus on development, as opposed to the victimization and vendetta that presently obtains.

In his address to the lawmakers, Pastor Ize-Iyamu said their visit and open endorsement represent a clear indication to all that the All Progressives Congress maintains full political control of the Oredo Local Government.

In his words, “Out of the 12 Councilors elected to represent the people of Oredo LG, we have 7 here with us, including that of the Governor’s ward. It is a clear indication to all that Oredo is APC and we will record a comprehensive victory there at the polls.”

“I salute the Councilors for their courage. I know the victimization that they have been enduring because free choice is now a crime in Edo State due to the desperation of the incumbent, but I assure them that it will come to an end very soon.”

Other APC leaders at the meeting including the Director-General of the Campaign Council for the Edo Governorship election, General Cecil Esekhaigbe, and Hon. Chris Okaeben, the member-elect of Oredo West in the Edo Assembly, all commended the Councilors and them of the party’s support in their ongoing mobilization efforts.