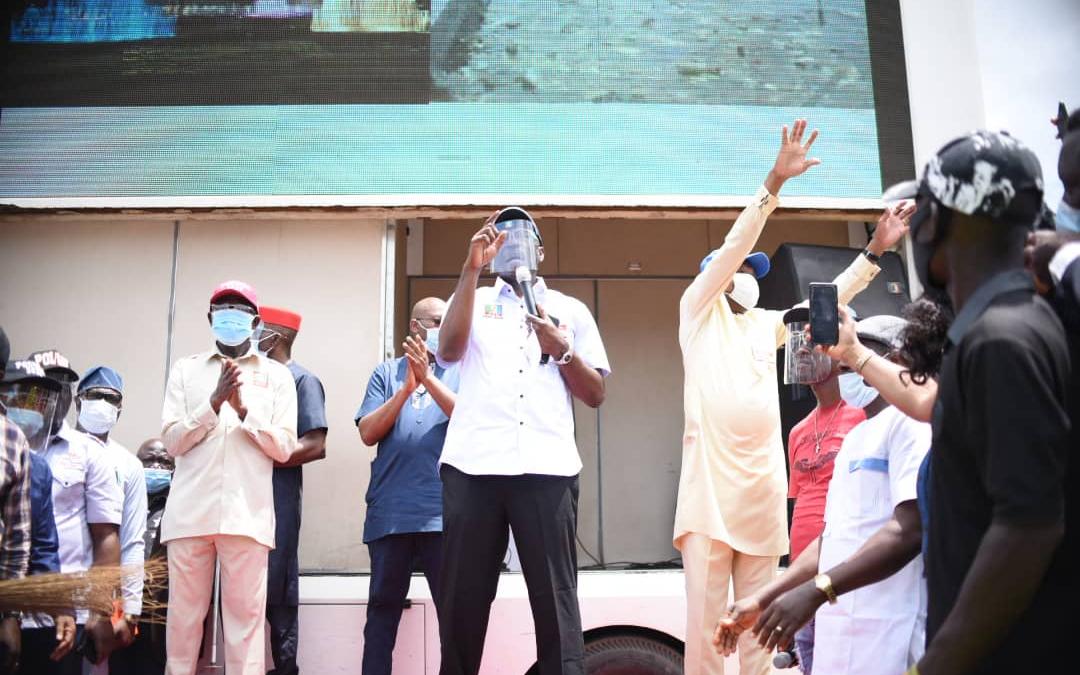 Thousands of Edo youths under the aegis of the ‘Edo Youth Solidarity Movement’ have backed the candidate of the All Progressives Congress, Pastor Osagie Ize-Iyamu, and expressed confidence that his SIMPLE agenda manifesto will create jobs and improve the economy of the State when implemented.

They said this when delegates of the group visited the candidate in his private residence with fanfare to announce their endorsement of his governorship bid.

Spokespersons of the youths, Barrister John Izegaegbe, Edo South, and Hon. Godwin Aigbokhaode, Edo North, assured Pastor Ize-Iyamu and other members of the All Progressives Congress that, in addition to the guaranteed votes of thousands of their members across the three Senatorial Districts of the State, they have commenced mobilization efforts in all 18 LGAs to garner more votes on Sept. 19.

In his address, Pastor Ize-Iyamu lamented the state of the economy and the declining level of jobs and economic opportunities for youths. He berated the incumbent for his excessive focus on politics at the cost of governance and promised to implement all the programs outlined in his manifesto to stimulate the economy, create jobs, and eradicate crime.

In his words, “Instead of empowering our youths and exploring all opportunities to positively engage them, the Governor continues to denigrate and insult them as ‘agberos’. Many of you here are well-read, qualified, and competent enough to handle complex tasks and projects. Instead of patronizing you, the Governor insults you and chooses to do his business elsewhere.”

“My own government will be different. We have plans to create jobs for our youths. We will empower and patronize them. We do not think you are good for election period only. If you elect me, you will have a friend in the Government House; a Governor who is accessible, lives among you, and is accountable to you.”

Comrade Adams Oshiomhole who also spoke at the event said the opposition PDP has chosen to focus on the things he said in the past in the spirit of electioneering instead of presenting their achievements and plans to the people of Edo State.

He said: “They cannot display their achievements because they don’t have any. They have decided to focus on Oshiomhole even though Oshiomhole is not the ballot. Pastor Ize-Iyamu is a good man with genuine plans to move Edo State forward. He has the support of all and is on his way to repeating the 2012 feat of winning in all 18 LGAs of the State as I did when he was my Campaign DG.”