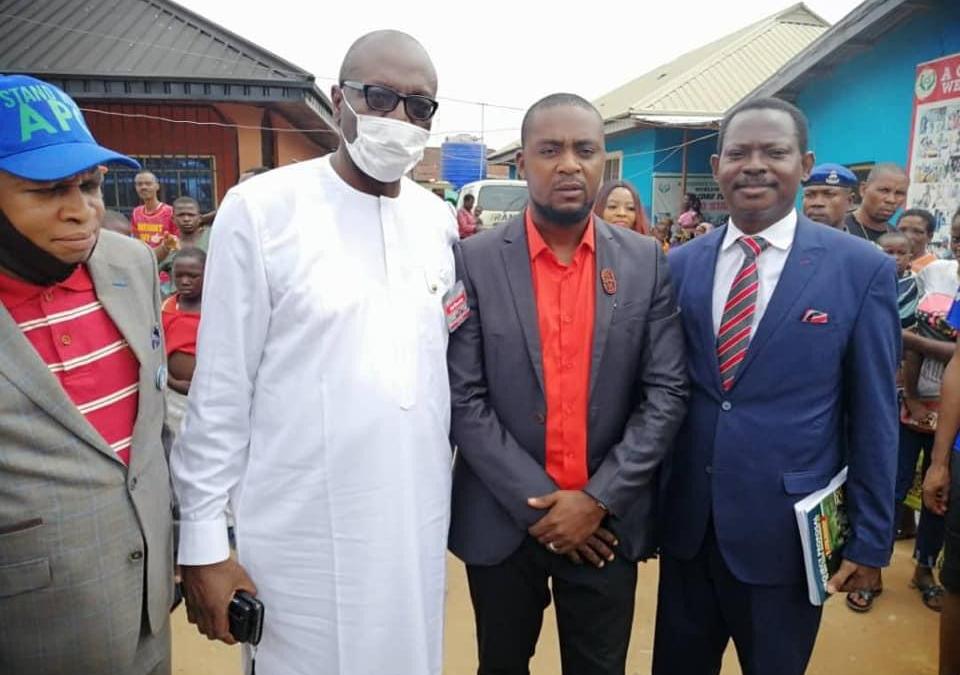 Godsent Foundation, a non-profit organization focused on eradicating poverty in Nigeria with extensive networks in the Edo State and the diaspora, has endorsed the candidate of the All Progressives Congress for the September 19 Governorship election in Edo State, Pastor Osagie Ize-Iyamu.

The endorsement was announced on Wednesday during a meeting between the candidate and the President and founder of the Foundation, Ambassador Dion Osagie, at the Foundation’s office in Benin City.

Ambassador Dion Osagie highlighted with pictorial evidence some of the interventions of the Foundation since inception, including medical support for surgeries and other procedures, scholarships and grants, and other humanitarian efforts.

He lamented the lack of support and recognition from the Obaseki-led government despite the level of work done in the State and how the failure of the administration in the areas of the economy, security, and infrastructure has increased the pressure on non-profit groups focused on welfare.

He said the Foundation, its beneficiaries, and network of friends across the State and in the diaspora will be supporting Pastor Osagie Ize-Iyamu of the All Progressives Congress at the polls on the 19th of September because his SIMPLE agenda manifesto contains well-designed plans and programs to partner with non-profit groups and ensure adequate social welfare in all 18 LGAs of the State.

While receiving the endorsement, Pastor Osagie Ize-Iyamu commended Amb. Dion Osagie for his compassionate contributions towards providing help for the underprivileged.

He said his involvement in politics was driven by the offer help to the majority, uplift the poor, and ensure social justice.

In his words, “Amb. Dion Osagie is a compassionate young man worthy of emulation. He has touched lives, gave hopes to many, and offered help to those without access or lifeline.”

“Sadly, he has gotten no government support or recognition for his efforts, despite the obvious fact that his Foundation has received more requests and cases in Edo State in the past four years owing to government failure.”

“However, I’ve assured him of plans and programs in the #POISIMPLEAGENDA, specifically in the ‘P’ for Public-private partnership and ‘S’ for Social Welfare (and Security), to partner with non-profit organizations like his to deepen access to care and obtain crucial feedbacks required for policy success. These plans will be implemented fully if elected.”