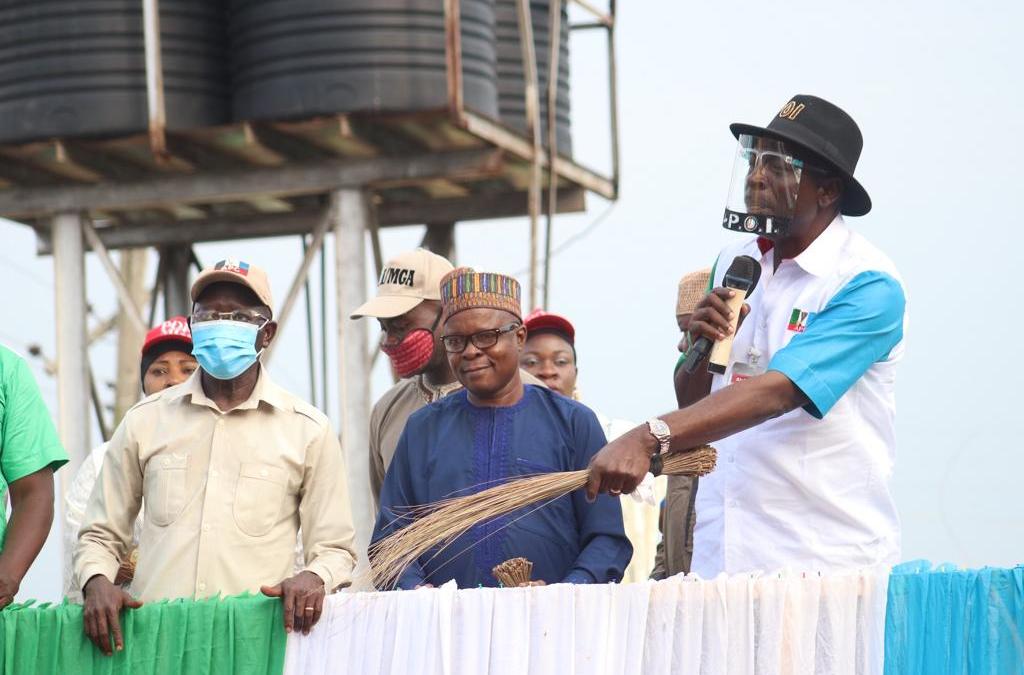 Pastor Osagie Ize-Iyamu, the APC governoship candidate in the September 19 election, has said he is running to fix Edo State.

“We have seen a government completely distracted by needless wars of self-aggrandizement and a complete lack of administrative control,” he said in an interview, “which resulted in endless internal squabbles between aides, many of whom lost faith in the governor and his style of leadership.”

Pastor Ize-Iyamu regretted that such loss of faith in the present governor’s ability has cost the state dear, stalled the people’s development and compelled an urgent change to reset the state and start afresh.

“All of these,” the candidate rued, “depleted state resources, oftentimes through questionable means, and took a great toll on governance.”

He said education was a prime victim of this gubernatorial lack of leadership and executive in-fighting and confusion.

“Not a single teacher was hired in four years despite the fact that schools in our rural communities suffer acute shortage of teachers and other personnel.”

He said his priority would be to correct this anomaly, because a government that failed in education had failed in everything; and merited to be replaced and fast.

“A government that failed to prioritize the education of our children, particularly at the primary level, which is the bedrock of all other levels of learning, has failed in its mandate and betrayed the trust of the people — no ifs and buts,” he declared.

Ize-Osagie added that it was to fix these serious problems and salvage the state from poor leadership that he was running.

He hoped the Edo people would honour him with their mandate on September 19, however adding from their reception of both his campaigns and SIMPLE agenda ideas, he had no doubt that would happen on September 19.