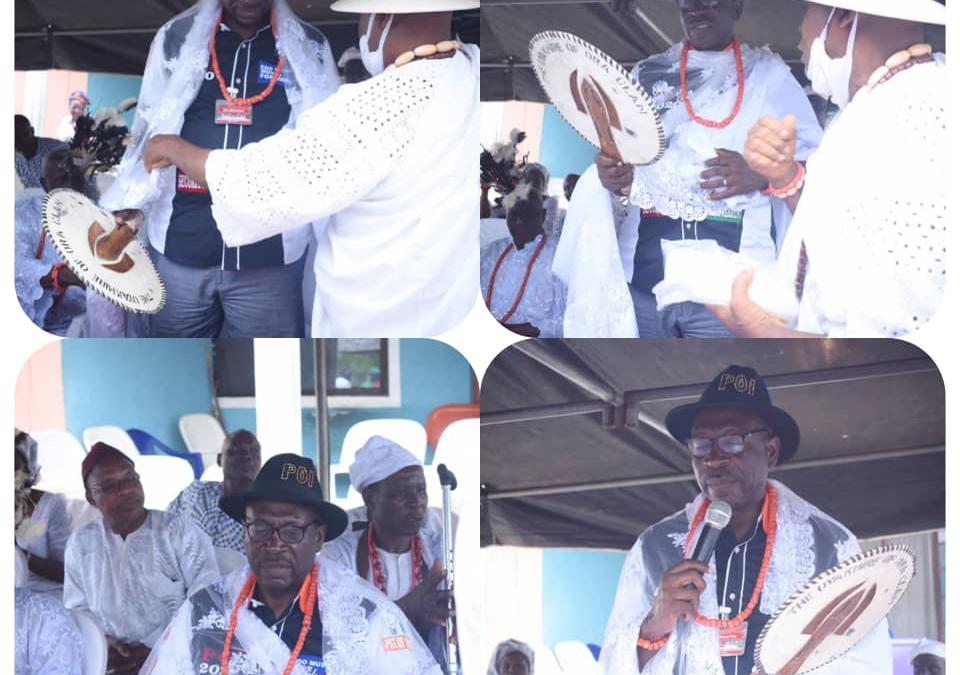 Pastor Osagie Ize-Iyamu, the candidate of the APC in the Edo Guber election, has again been honored with another title in Ora, Owan West Local Government Council, where he was named the ‘Oyakhire of Ora clan’. 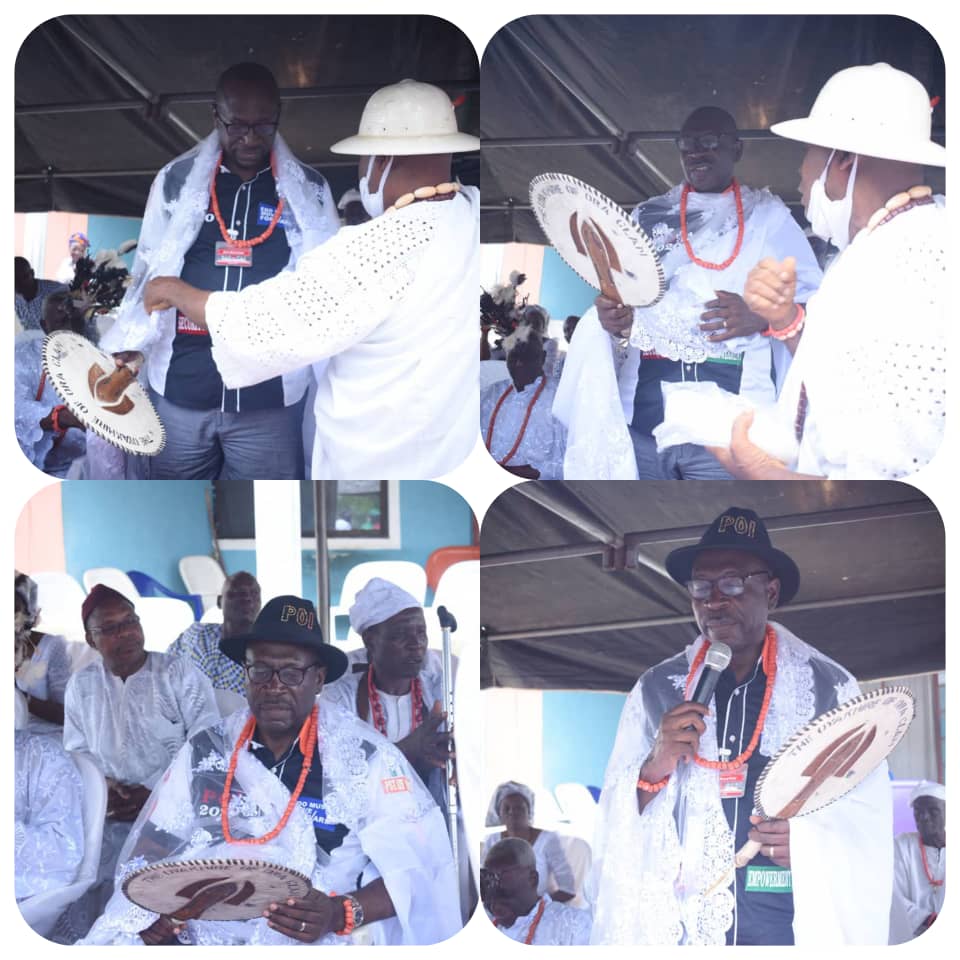 The Okpojenaga of Ora, Joshua Akhikero, conferred the honorary title on Ize-Iyamu when the candidate visited his Palace on Thursday in continuation of his ward tour across Edo State.

The Oyakhire title, meaning the one who has come to wipe our tears, is said to be indicative of the acceptance of Pastor Osagie Ize-Iyamu in the Local Government Council and the hope that his administration will erase the pains and failures of the incumbent government.

The Okpojenaga of Ora affirmed this when he explained that he conferred the title on Pastor Osagie Ize-Iyamu because of his demonstrated competence and ability to solve problems.

He clarified that the title is honorary as the people of Ora are aware of Ize-Iyamu’s status as an ordained Pastor and will thus not give him a title that contradicts his religious belief.

He said: “We know that you are a Christian and we cannot give you a title that will make you start serving idols.”

“This title is honorary and we gave it to you because we know you are a man who wipes away the tears of people.”

Ize-Iyamu who was accompanied by his running mate, Mallam Gani Audu, and other APC leaders, expressed gratitude to the Ora clan for the honor, stating that although he came to solicit for votes, the reception and acceptance he got exceeded his expectation.

He promised to live up to the title conferred on him as the wiper of tears and solver of problems by using the instrument of state to eradicate poverty, provide infrastructure, and create jobs for youths across the three senatorial districts of the state if he is supported to become the next Governor of the State.

Ize-Iyamu also promised to bring development to the council by revamping and building new infrastructure there to boost commerce and improve security in partnership with the traditional institutions.

At the venue of the campaign rally in the locality, he promised to build a standard police station in the community and support local vigilante groups to ward off kidnappers and strengthen intelligence gathering in the combat of crime so previous businesses and banks that deserted the community over insecurity would return.

The APC candidate had earlier visited the palace of the Onotare of Ozalla, Owan West, where he was equally warmly received and offered royal blessings.