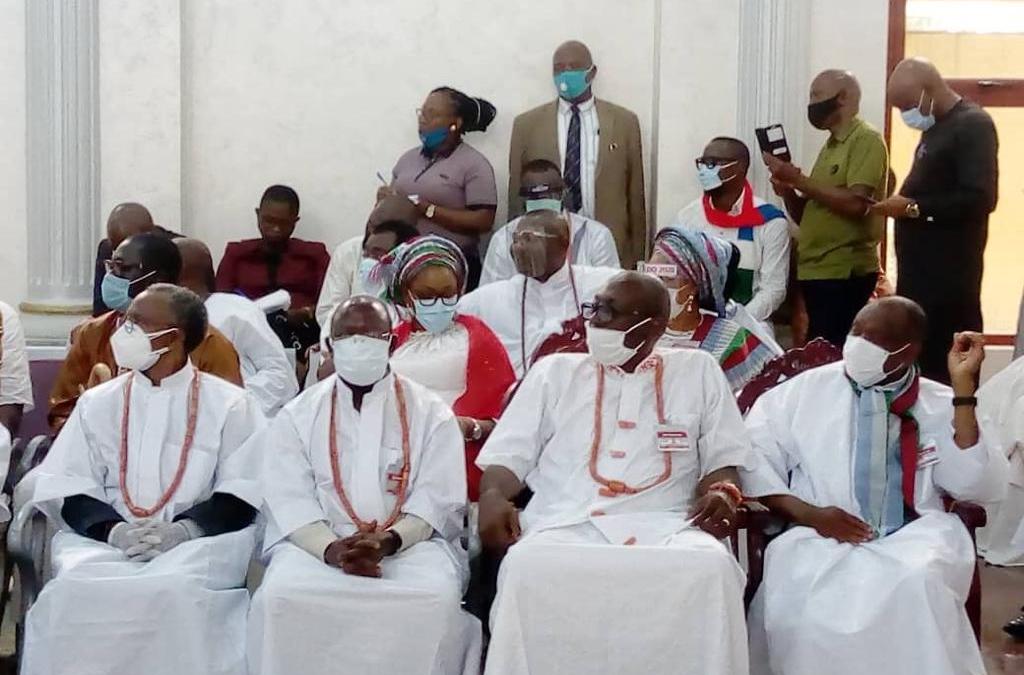 The Oba of Benin, Oba Ewuare II, offered royal blessings to the candidate of the All Progressives Congress, APC, in the Edo Governorship election, Pastor Osagie Ize-Iyamu, on Saturday during a courtesy visit to the palace of the monarch before the party kicked off its campaign flag-off. 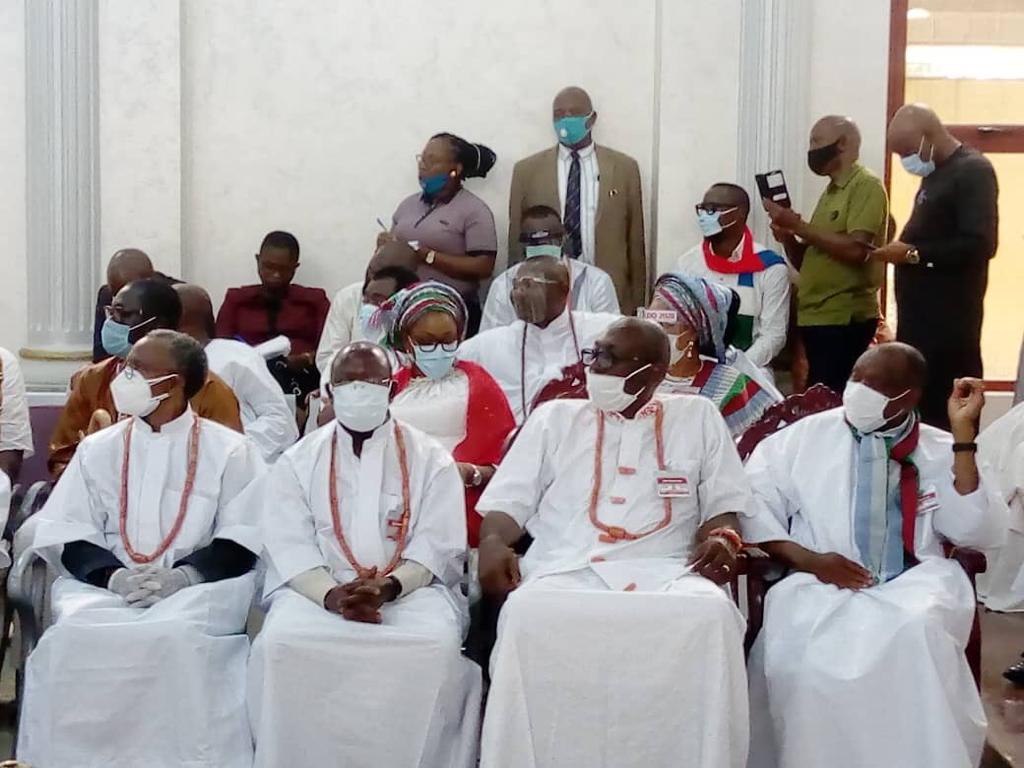 The Governorship candidate was accompanied by a delegate of the All Progressives Congress led by the Chairman of its National Working Committee and the Governor of Yobe State, Mai Mala Buni, as well as other Governors and leaders of the party including, its former National Chairman, Comrade Adams Oshiomhole, Governor Umar Ganduje of Kano State, Governor Babajide Sanwoolu of Lagos State, Governor Nasir El-Rufai of Kaduna State, and Governor Gboyega Oyetola of Osun State amongst others.

While receiving them, the Oba emphasized the importance of prayers and called for a peaceful, rancor-free election.

He said the Palace remains a father to all and will support the choice of the people at the polls.

President Muhammadu Buhari, who endorsed Ize-Iyamu on Friday and presented him the party’s flag as its candidate in the election, also received praises from the Oba over the successes of his administration.

Unlike his opponent, Governor Obaseki, who failed to receive blessings at the Palace when he visited because he forgot the traditional kola nut and gin, an incident which led to the sack of his protocol officer, Ize-Iyamu received the blessings of the Palace and the ancient throne of Benin in a ceremony conducted by the Iyase of Benin Kingdom.

Speaking on behalf of the APC delegation, Governor Mai Mala Buni, said the visit was to present the Edo 2020 APC governorship candidate to the royal majesty for his blessings, which he successfully received. He expressed optimism that the APC will reclaim Edo State on the 19th of September.