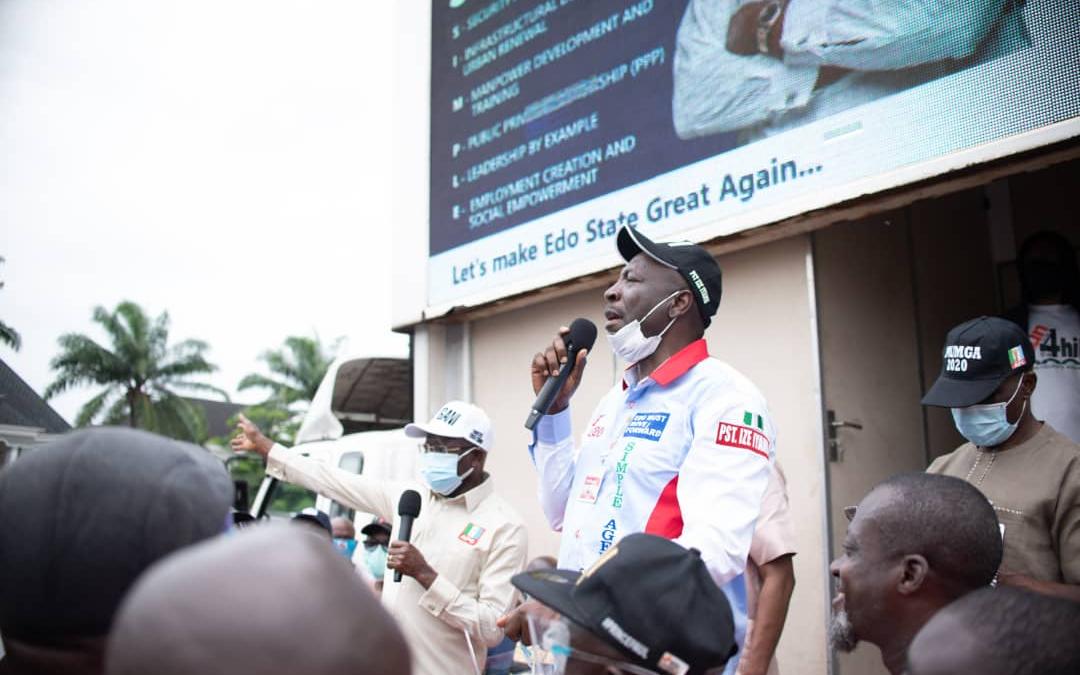 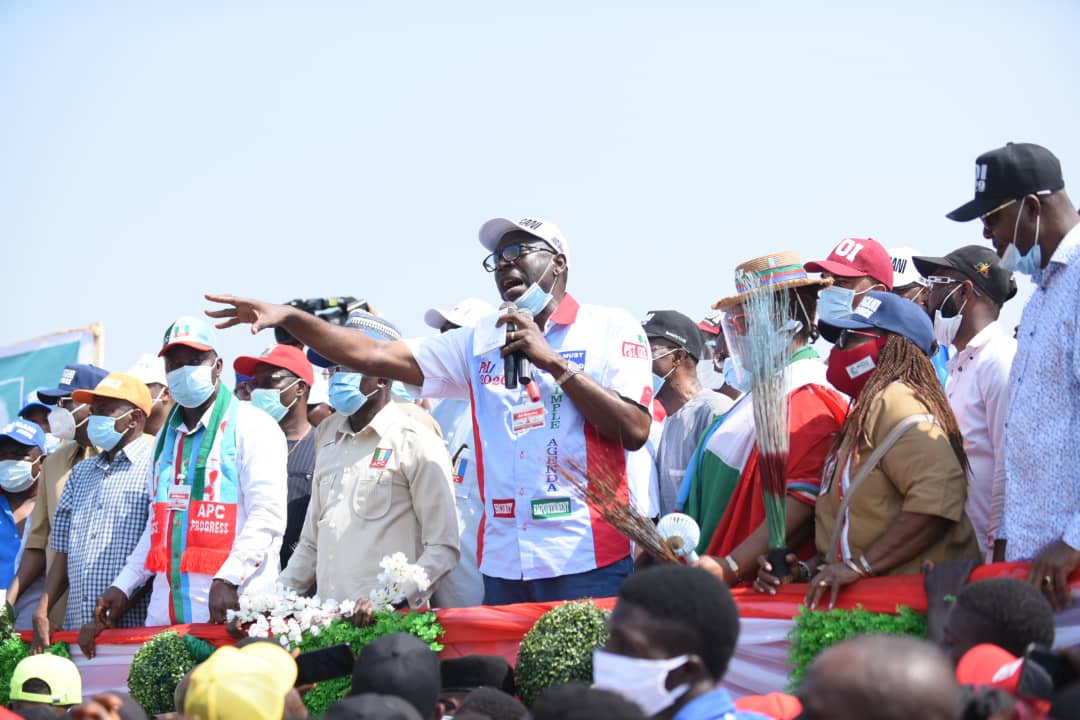 The candidate of the All Progressives Congress in the Sept. 19 Edo Governorship election, Pastor Osagie Ize-Iyamu, has promised to prioritize the security of Edo state and ensure adequate funding of security agencies if elected as its next Governor at the polls next month.

He made this promise at a Thursday interactive session in Abuja where he also condemned the non-transparent nature of the Obaseki-led Edo State Government and his abuse of state agencies to target and intimidate dissenters and political figures in the state opposed to his re-election bid.

He explained that he would promote and ensure collaboration with the security agencies to tackle insecurity in the State, pointing out that “the essence of the huge monthly security votes is to be able to complement what the Police and other security agencies get.”

He said security would be key in moving Edo State forward and promised to prioritize it.

Ize-Iyamu, while emphasizing that infrastructure development was also key, lamented the failure of Godwin Obaseki Obaseki to provide 192 primary health centers in the 192 wards of Edo State as he promised in 2016.

He said, “as of today, the Governor has not been able to complete 22 primary health centers.”

He berated the governor for letting out the Central Hospital to private consultants who are charging exorbitant fees, thus making it inaccessible to the people.

“There are no good roads and we must invest heavily in infrastructure development if we are to progress and develop. For the information of those who say that Edo is not Lagos, Lagos is a good model. We can be like Lagos,” he stated.

Ize-Iyamu accused the Governor of overlooking local artisans in the State in the alleged fraudulent renovation of the Samuel Ogbemudia stadium at the staggering sum of N6 billion by going to Lagos to bring in artisans, including welders, despite hypocritically campaigning with an absurd mantra that “Edo is not Lagos.”

According to Ize-Iyamu, “N6 billion for stadium renovation is a fraud. The capacity and sitting arrangements have not changed. With N6 billion, I can build a mini stadium in each of the 18 Local Government Areas of the State.”

He said that what Edo people needed at this time was humane leadership, which he said Governor Obaseki lacked.

He cited the instances of the demolition of the hotel belonging to Mr. Tony Kabaka and the orchestration of the illegal inauguration of the House of Assembly at nocturnal hours to the exclusion of the majority of the members-elect as a manifestation of lack of leadership humaneness.