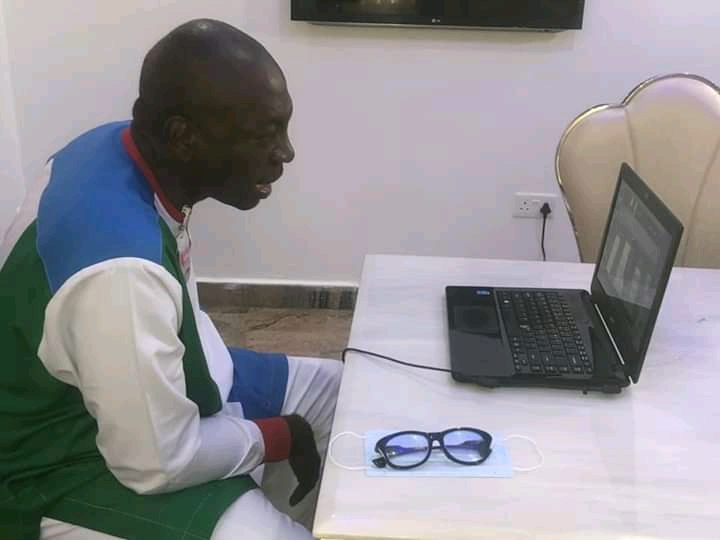 The candidate of the All Progressives Congress in the Edo Governorship election, Pastor Osagie Ize-Iyamu, has expressed support for the proposed plan by foreign embassies, prominently the United States, to impose visa restrictions on political actors found guilty of sponsoring violence during elections or involved in acts undermining the electoral process in Nigeria.

He said this in a Zoom meeting with a team from the European Union Delegation, American Embassy, British High Commission, Canadian Embassy, and some other EU Member States on Tuesday.

Ize-Iyamu commended the foreign partners for their contributions toward improving the conduct of elections in Nigeria. He urged them to pursue investigations into acts of electoral violence in the country to uncover the sponsors and instigators as some political actors, after causing mayhem, often resort to media blackmail to blame the violence on others.

In a cited instance, he accused the Obaseki-led Edo State Government of invading the Edo House of Assembly with thugs and other elements while at the same time raising a false alarm to mislead the public. Ize-Iyamu demanded a conclusive investigation into the seven persons arrested within the premises of the Edo Assembly Complex with illegal arms on the day of the invasion to uncover their sponsors and the political party they represent.

Addressing a question on the nature of his party’s campaign in light of COVID-19, Ize-Iyamu said they had developed a constantly-revised crowd control measures, including distribution of face masks, sanitizers, and constant temperature checks through infrared thermometers at all campaign events to prevent the spread of the disease. He also said the campaign team has advised aged supporters to avoid campaign events given their vulnerability to the disease.

He criticized the incumbent Governor’s rhetoric, particularly a televised event in which Governor Godwin Obaseki bragged of his constitutional immunity. Ize-Iyamu said the Governor should not take his immunity as a license to unleash mayhem without consequences, and called for an issue-based campaign free of insults and mud-slinging.

According to him, his party is committed to a free and fair election as they are confident of victory at the polls.