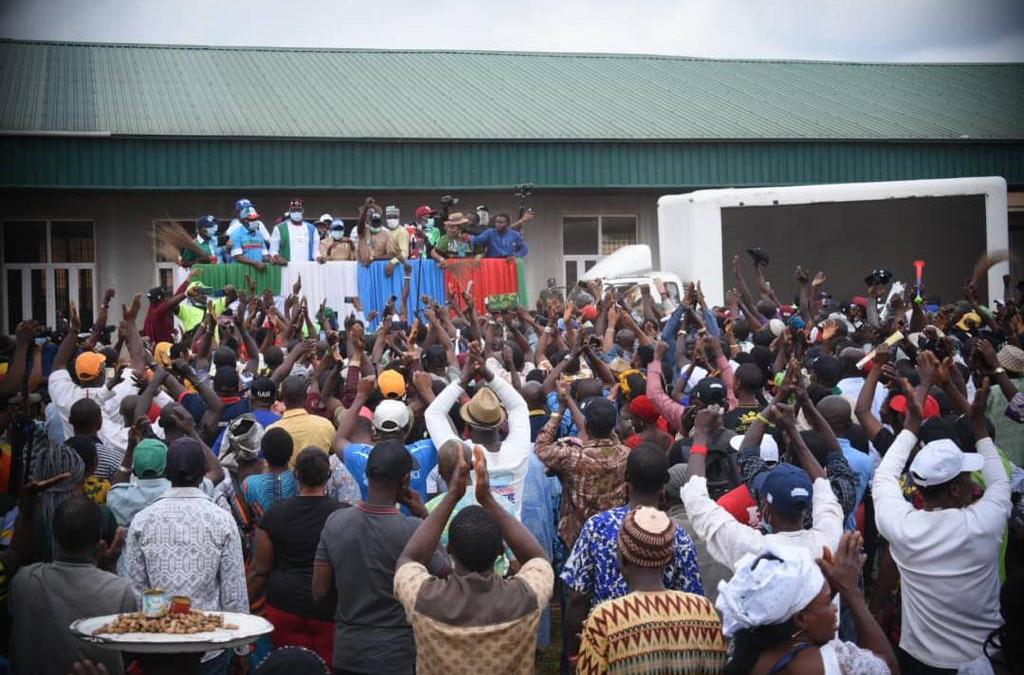 The campaign of the candidate of the All Progressives Congress in the Edo Governorship election, Pastor Osagie Ize-Iyamu, got off to a bright start on Monday in Esan Land, Edo Central Senatorial district, as large crowds thronged the campaign venues following concerted efforts by local organizing officials of the party to maintain strict compliance with all health regulatory guidelines. 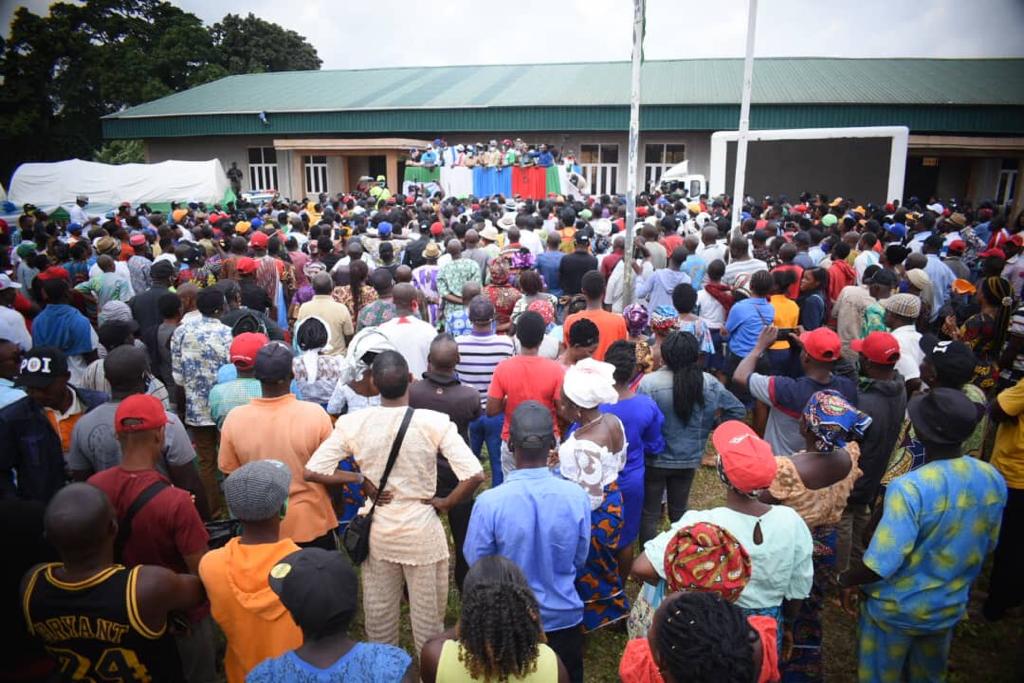 It was a sea of heads at Igueben, Ubiaja and Uromi, the administrative headquarters of Igueben, Esan Southeast, and Esan Northeast local government councils respectively where the candidate sold his SIMPLE agenda manifesto, highlighting specific plans to attract investments and development to Edo Central Senatorial District.

At Igueben, after receiving royal blessings from the traditional rulers of Edo Central who gathered at the palace of the Onojie of the Igueben kingdom, HRH Ehizojie Eiluojerio I, Pastor Osagie Ize-Iyamu shared copies of his SIMPLE agenda manifesto with them, pointing out the intended plans to partner with traditional institutions in the state to tackle the problems of insecurity, policy misalignment between the government and the people, and promotion of beneficial cultural values and traditions. 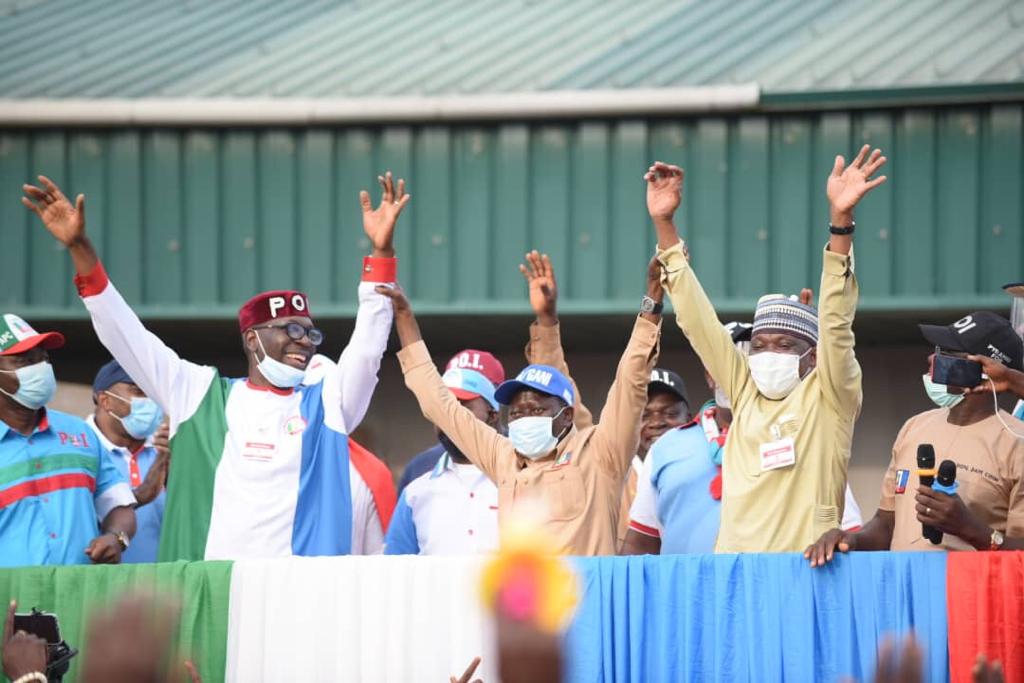 He exposed the fallacy of Governor Godwin Obaseki’s ‘Esan Agenda’ promise, describing it as a contrived falsehood to earn pity votes. He said the Governor had overlooked the people of Esan land on numerous occasions and failed to develop the region in his four years in office.

He accused Governor Godwin Obaseki of using the hand-over promise as a gimmick to obtain votes in areas he is not popular having made similar promise to his Deputy, Mr. Philip Shaibu, who hails from Edo North. 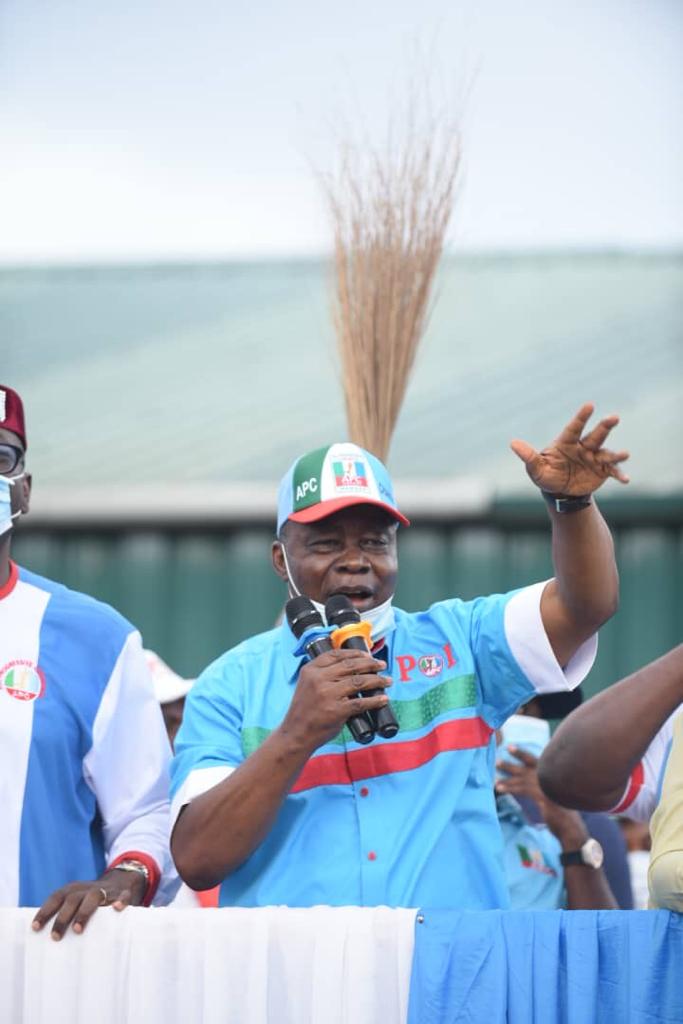 He assured the people at the open rally of his readiness to protect and secure their farmlands, invest in tools that will aid productivity, and market their products to foreign and international buyers.

At Ubiaja, Pastor Osagie Ize-Iyamu promised the people of Esan South East that he will continue the development strides of former Governor Adams Oshiomhole in the areas of roads construction, schools, health centers, and others which he said are now abandoned by the incumbent over petty politics and open disregard for the needs of the people. 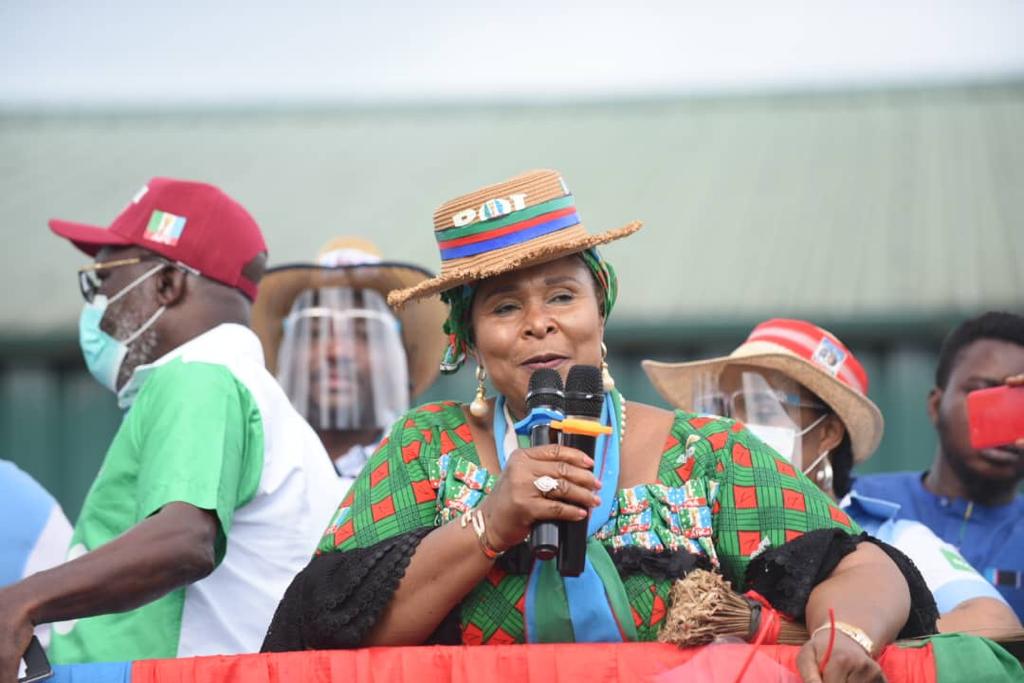 When his campaign trail stopped in Uromi, Pastor Osagie Ize-Iyamu commissioned a borehole project donated by Professor Steve Iyayi, a community leader in Ward 8, Efandion. He praised Prof. Iyayi for his generosity and display of leadership while lamenting the neglect of the community and lack of government presence.

He promised to tackle the recurrent challenge of erosion and lack of basic amenities before proceeding to the rally venue where thousands of party supporters had gathered and cheered his arrival. At the venue, Pastor Osagie Ize-Iyamu also spelled out his policies, plans, and programs as documented in his manifesto, urging the people to obtain a copy and hold him accountable to the promises.