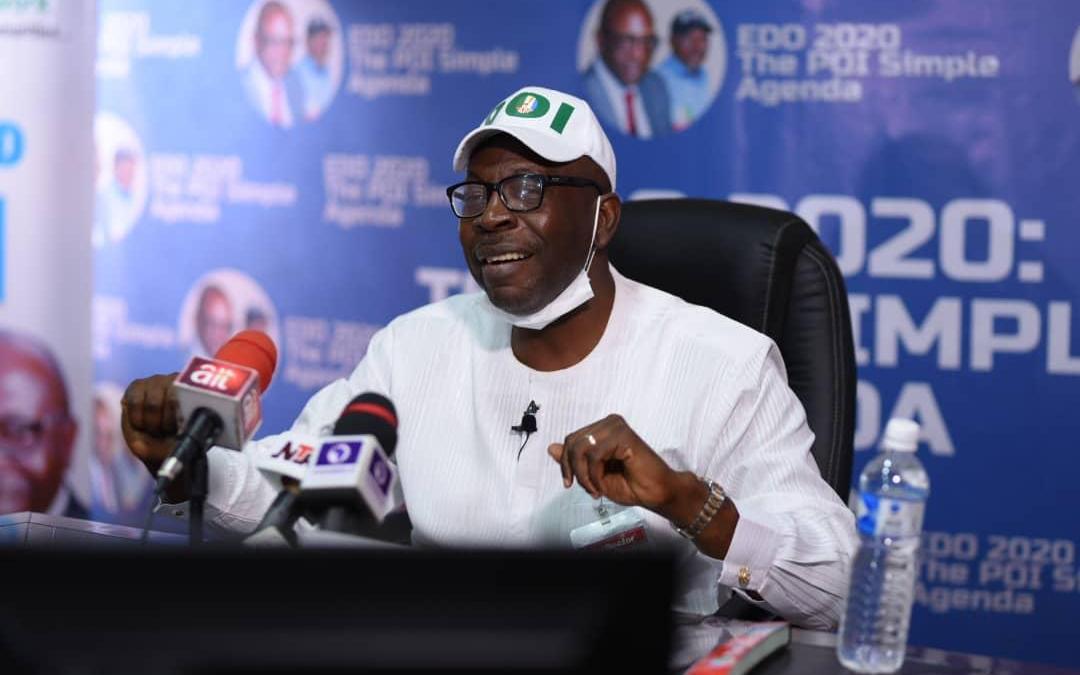 The Candidate of the All Progressives Congress, APC, in the Sept. 19 Edo Governorship election, Pastor Osagie Ize-Iyamu, said on Friday that his party has been true to its promise to run an issue-based campaign and rancor-free election with its focus on his manifesto dubbed the SIMPLE agenda.

Speaking while addressing media executives in Lagos, Ize-Iyamu said his party has complied with all electoral rules and guidelines governing electioneering campaigns, especially in light of the COVID-19 pandemic, adding that most of his followers and party faithful have embraced peaceful conduct even in the face of provocations from the opposition.

He said: “We have said that we want this election to be issue-based. We don’t want to resort to name-calling and insults. We want to focus on our SIMPLE agenda. I can assure you that we as a party will do everything to avoid violence.”

“However, a top government official said how can they allow APC to have billboards in strategic locations? He then ordered them to go and remove the billboards. So, they began to remove our billboards.”

“Rather than resolve to violence, we wrote a petition to the Commissioner of Police, we also did the same thing to Director of DSS and Hon. Patrick Obahiagbon addressed the press where he advised the PDP to be accommodating, tolerant and avoid things that could trigger violence.”

“So, let me assure you that by the grace of God, there will be no violence. We will do our best by cooperating with the security agencies and other relevant authorities and then, we believe it will be peaceful.”