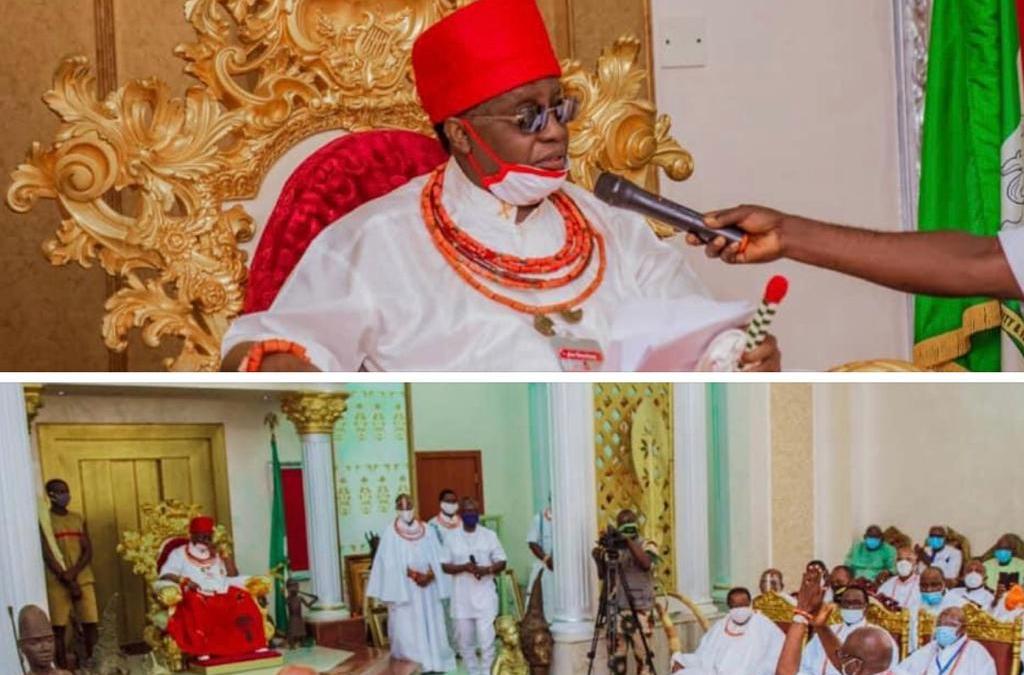 Yesterday, the 8th of August, the All Progressives Congress flagged off its Governorship campaign in Edo State with a rally that started with a visit to the palace of the revered Oba of Benin, Oba Ewuare II for royal blessings.

As a man of tradition, culture, and history, the candidate of the APC, Pastor Osagie Ize-Iyamu, led a delegate of Governors, national leaders of the APC, and other eminent persons into the ancient palace, all donning the traditional white attire, satisfying all palace rules in a very detailed and organized manner which revealed the reverence Ize-Iyamu, as an individual, and the APC, as a political party, holds the throne. 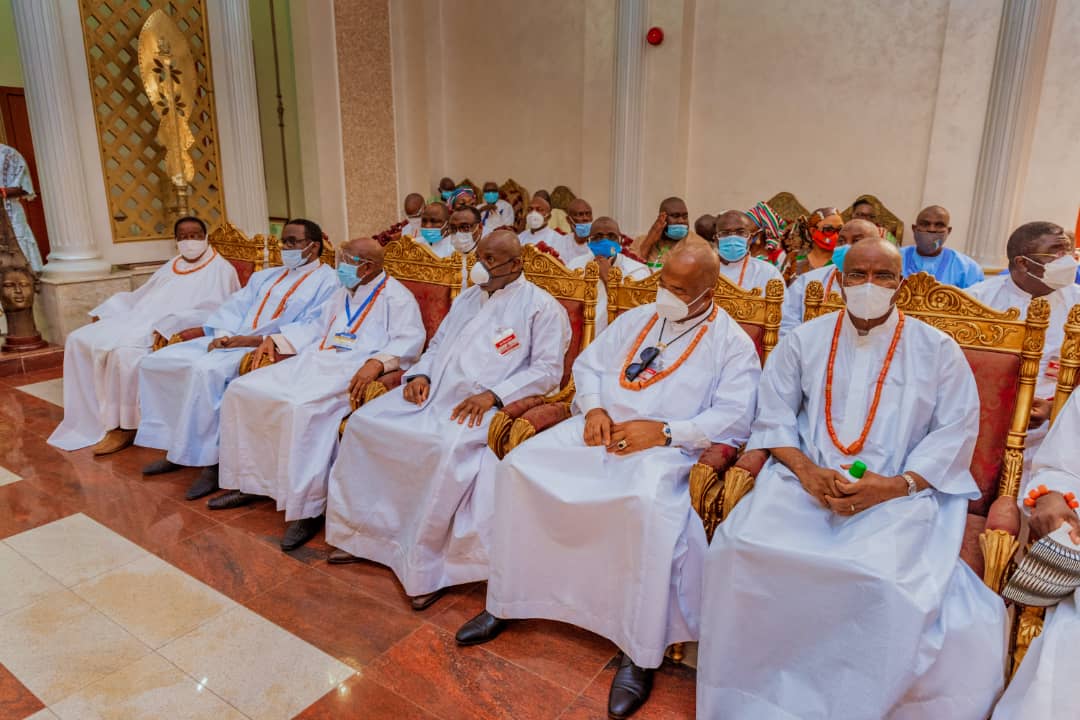 Ize-Iyamu received the blessings of the palace, having come with all the necessary traditional ingredients for the sacred rite – distinguishing himself, once again, as a class act and a divinely favored man as opposed to his opponent, the embattled Governor Godwin Obaseki whose visit ended in futility. Obaseki had ‘forgotten’ the traditional Kola and gin, hence came and left with no blessings.

He fired his chief protocol officer for the horrific traditional blunder but not without raising a pertinent question that may yet be the final blow to Obaseki’s flailing re-election campaign: how can a true Benin man not know the cultural rites of his people?

How can Mr. Godwin Obaseki, in the company of other PDP governors, proceed to the palace of the Oba, empty-handed, empty-headed, failing to go with the necessary condiments of cultural rites—gin and kola?

For some quarters, this is not surprising. Articles and stories abound, emphasizing the rootlessness of Godwin Obaseki. Renowned persons have also drawn attention to the same situation, telling vociferously, of Obaseki’s blatant lack of traditional and cultural knowledge of Edo people. While this may be overlooked in some Nigerian regions where modernity has clinically overtaken the people’s intrinsic culture, it is not the same for Benin, for Edo State.

It is a bloodless debt albeit fatal and detrimental. The presentation of oneself to the Oba always has one expected end: blessings from the mouth and heart of the Oba to the visitor, blessings from that ancient throne of great powers, sat upon by generations over generations of great Obas. Yet, Obaseki, in an extension of his incompetence and cluelessness, failed to incur these highly sought blessings.

This man who went to the Oba’s palace empty-handed, and then stranded at the point of rites performance, before walking away devoid of ancestral blessings, amidst angry and protesting youth, is he worth consideration for the apex political position in the state?

The answer to this question is clear; the answer to the question is worse when the antecedents of this man as a governor are brought into consideration. Beyond revealing how poorly Obaseki understands Edo people and culture, yesterday’s horrific display is a bad omen that shows glaringly that Obaseki is headed for doom.

Worse still, the embattled Governor Godwin Obaseki, and his motley of PDP Governors appeared before the great King, Oba of Benin—Oba Ewuare II with a green Kangol cap, donning a flamboyant green and white gown, cutting an image of a court jester and a decoy usurper. He is both, nonetheless. A clown for appearing before the Oba, head wrapped in flashy cap; and a usurper for the obvious ulterior motive behind the laughable outreach.

Obaseki, historically, has treated the traditional things with scant regard as his thoughtless tyranny raged on. Not until it became clear to him and to all of his unwise advisors, that he and his ambition is nothing without the blessings of the Oba, did he began to seek ways to inherit a favor he had deemed unimportant hence approaching with utter disgust.

However, in his superficial repentance, Obaseki instead of mending fences or building bridges rather widened the gap, his horrific ignorance betrayed and spread before the public. Which true son of the soil comes to the most revered monarch, in history and present living, with empty hands and a capped head? Only the confused Godwin Obaseki, a man who has spent his whole life in Lagos, and now knows nothing about the ways of his people.

The sad display at the Oba’s palace is not without antecedent, rather it is the climax of assorted misgivings rooted in catastrophic misgovernance and maladministration. And everything that Obaseki has done wrong derived from his unfortunate ignorance of the culture, traditions, and the norms of the people of Edo. Yet arriving this climax, Obaseki’s unworthiness is summed in two simple but powerfully eloquent misdemeanors:

Coming to a palace for blessings without gin or kola; wearing a cap to kneel before the high monarch—simple but deeply revealing.

More than revealing the decline in the governmental system chaired by Obaseki, more than exposing the bottomless pit of unintelligence of the Governor himself, it equally exposes the nature and quality of people that surround the Governor. If no one in his convoy is culturally rooted enough to draw his attention to these necessary condiments of traditional reverence, then it makes true of an accusation and an ageless political maxim.

First, the accusation that Obaseki imports personnel and assistance from Lagos and Delta automatically becomes true. Secondly, the ever pertinent idea of Niccolo Machiavelli, that a leader is only good as the advisors and ministers he appoints, becomes, once again, true.

Governor Godwin Obaseki reflects the people he has surrounded himself with—witless, unintelligent, lacking in vision and foresight, and not cultured Edolites. Banded together, they fall very short and too far from the great tree that Benin and Edo is, and the true reward for this radical departure is that they do not, anymore, preside over the affair and people of Edo State. They are not of us and they are not for us—we should therefore take them very far away from us.