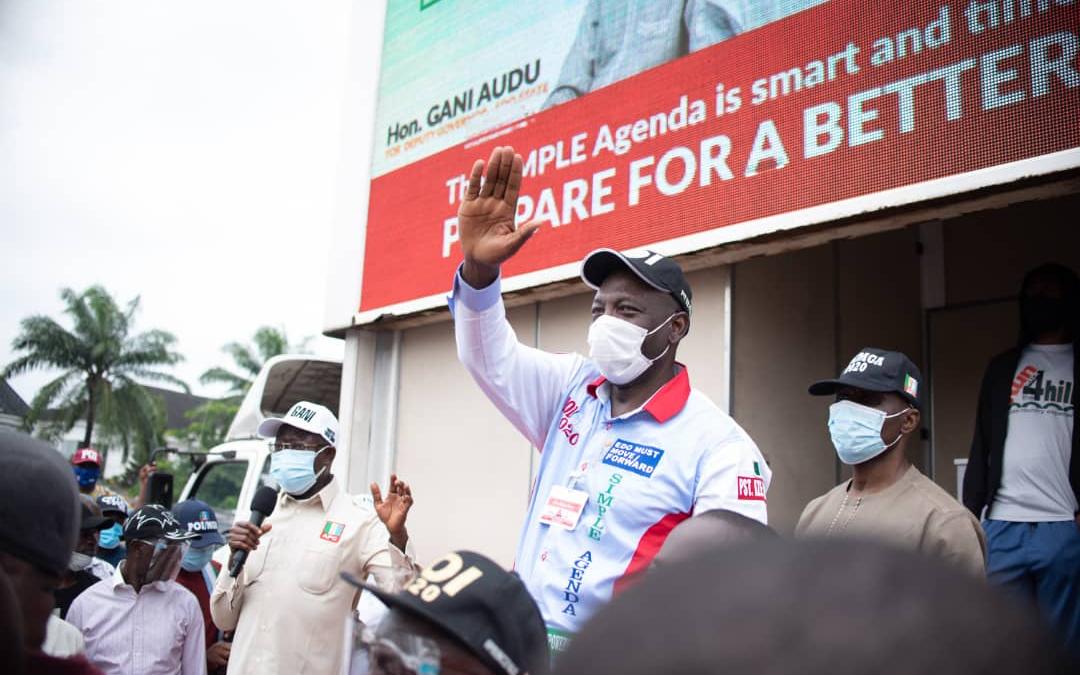 Over 5000 youths across the 18 Local Government Areas of Edo State under the aegis of the Edo Patriotic Youth Movement endorsed the candidate of the All Progressives Congress for the Edo Governorship election, Pastor Osagie Ize-Iyamu, on Wednesday, causing jitters in the opposition PDP.

Their endorsement, announced during a meeting between selected representatives of the group and the APC candidate, as well as other APC leaders, came on the back of similar endorsements from other youth groups in a week that witnessed several high-profile resignations from Obaseki-led government over electoral weakness, intimidation, and lack of leadership.

Receiving the endorsement alongside his running mate, Mallam Gani Audu, Pastor Osagie Ize-Iyamu thanked the youths and reassured them that his government will prioritize job creation and youth empowerment. He criticized the incumbent administration for implementing harsh policies and prolonged detentions of the poor over their inability to pay unfair fines and taxes.

In his words, “I find it outrageous that instead of empowering the youths of Edo State, creating opportunities for them, and engaging them directly in government projects, the present administration is instead disparaging and castigating them as lazy criminals.”

“Government should solve problems, not lament, fold its hand, and insult people. I have an agenda of what I will do, the incumbent has nothing to show after four years in office.”

“Ingratitude is a sin in every religion. And when people say that the Governor betrayed Comrade Adams Oshiomhole by discontinuing the projects he started and veering off the path of growth and developments that the Comrade Governor placed Edo on, I always correct them that Obaseki didn’t just betray Comrade, he betrayed the entire people of the State who elected him because they thought he would continue the mandate he was given, not initiate endless conflicts that completely drained the treasury.”

Comrade Adams Oshiomhole, the former Governor of the State, who also addressed the group’s representatives said Pastor Ize-Iyamu will remember the people, especially the youths, because he is a family-oriented man who cares deeply about the welfare of all.

He also rehashed the academic certificate woes of Governor Godwin Obaseki, highlighting the inconsistencies in his presented credentials, while also stating that the APC has filed a case in court seeking the disqualification of the Governor from the race over forgery and perjury.