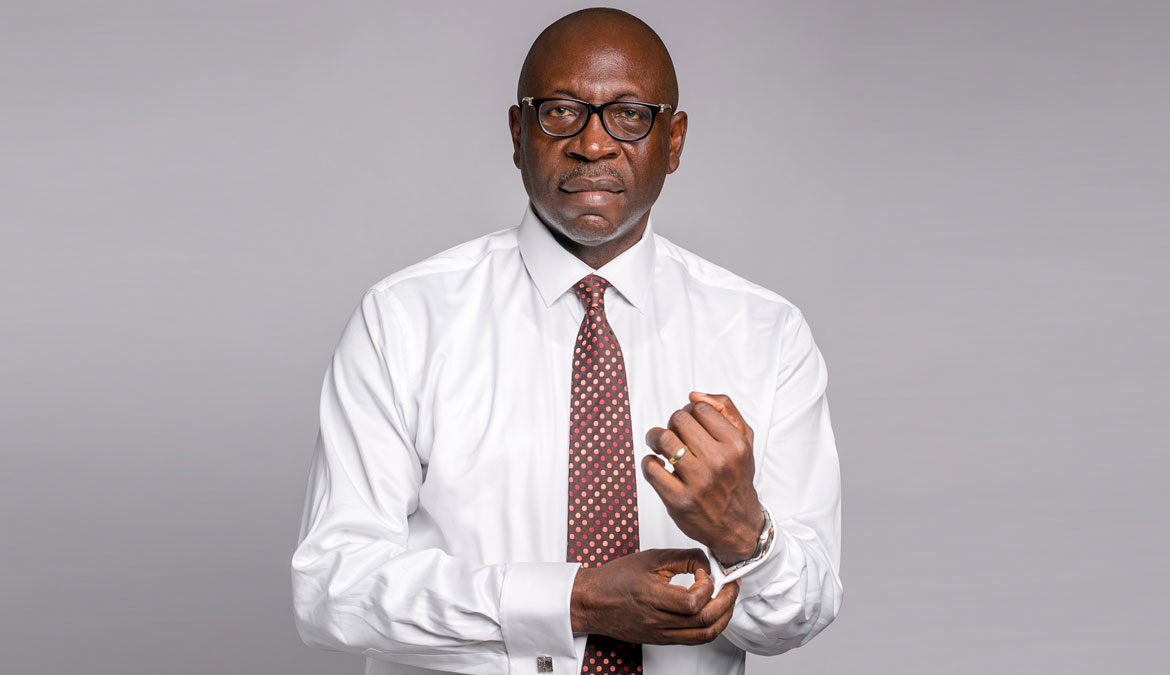 Pastor Osagie Ize-Iyamu (AKA POI) is a household name within the political space in Nigeria and specifically in Edo State. Yes, like it or not, for a man who has not occupied a government position for the past thirteen years, yet his name has remained within the conversation of mainstream politics. Such a man is worth studying closely.

A people’s man and a great mobilizer, Pastor Osagie Ize-Iyamu has somehow earned his place in the hearts of Edo people. Though he often tells people that he is a Benin man to the core and he is also very proud to let the world know that he was born in Edo State, went to school in Edo State and has always lived in Edo State, which is great. However, I actually believe that there is more to the love that people have for him, which goes far beyond the fact that he has always been among his people.

Have you ever noticed that he does not attend a social gathering alone? And when he does get to a function, the number of people who stand up to warmly welcome him, is simply amazing, and of course while he is seated, the handshakes from those who simply want to identify with him are endless.

As I watch him, I have noticed one very important quality in the man Pastor Osagie Ize-Iyamu, and that is, his ability to make everyone feel inclusive, appreciated and valuable. In a society where there is a large gulf between the rich and the poor, where the so-called ‘big men and women’ pretty much treat the have-nots with disdain, POI has a way of making everyone feel important, regardless of where they are coming from, simply put, this man has a large heart. Yes, as humans, we all have our short comings, but POI’s ability to interact with, gather and manage both the young and the old, is simply exemplary.

The pastor side of POI, is one that many have often wondered about. Some have asked if he is a real pastor or if the title ‘pastor’ that prefixes his name is just a nickname, and of course, there are those who call him a fake pastor, simply because they don’t know the man POI. Yes, yes, and yes, he is a pastor. He is the Pastor in Charge of Province (APICP), and Christian Social Responsibility (CSR) of The Redeemed Christian Church of God Edo Province 2. Many go to him for advice/counsel because his Godly values that he shares with people are very soothing, and for those that have never had the opportunity to hear him preach, I strongly encourage you to do so, you will be truly blessed.

Another reason that I believe the name Pastor Osagie Ize-Iyamu has been a reoccurring name in the politics of Edo State, is his very thick skin and ability to forgive. I have often said that his door swings both ways. You can walk out in anger and that same door will swing open for you to come back in whenever you want to and no one will stop you, and when you explain to him why you are upset, he is quick to apologize when he is at fault.
In the past, some have withdrawn their support for him for various reasons and whenever they trace their steps back, he gladly welcomes them with open arms. This ability to keep the doors of friendship open, is currently causing waves within the political space in Edo State. I am sure that you have heard or you might even be one of those asking the question that is currently on the lips of many, which is, ‘how can he forgive those who betrayed/worked against him’? I am sure that as you read this question out loud to yourself, you will agree that, it is only a person with a large heart that can do such, maybe you can’t even forgive someone who called you a fool, am I right? And yet POI gets insults and stones thrown at him daily but yet he chooses to forgive. He is an epitome of the saying that, ‘only a tree with ripe fruits gets stones thrown at it’.

POI is truly a ripe fruit. He is a talented and gifted man that many are proud to associate with and admire, even in secret. Yes some admire him in secret, especially those who are driven by mob mentality, who feel a need to regurgitate the negative words that they have heard, just so that their access to free beer will not be withdrawn, but in secret, they would really appreciate an opportunity to get to know this man.
And of course, I must not forget to acknowledge those with crab mentality, you know, the ‘why must it be him’ people. Yes, unfortunately we still have them in our midst. Those who have never been able to set and work hard towards the achievement of a goal that is simply larger than life, are pained when they see another person stepping out to be counted. Even this last group secretly admires POI, because when they spew out negativity about him and they are asked to explain further, they somehow draw a blank and when they manage to gather the words to articulate themselves, you will find out that the information that they have, have been an accumulation from them listening to ‘bush radio’. I am sure that you get my point.

This man, with a height that towers over many, has never gone into hibernation, and even if he wanted to, I am sure that those around him will not allow it. Political season or not, he is a man who is always visible to and available for the people. His relationship with Edo people is not restricted to politics. Whenever they want him to attend their special occasion, put in a good word on their behalf, POI is accessible to his people.

Now to the crux of the matter, yap you got it, the game of draught. His passion for the game is unbelievable, and when he is together with ‘his tribes’ men’, that’s what I call them, it’s a different world. When he is with the old and young men that play draught with him, they speak a different language, but on a serious note, it’s fun to watch them.
A few years ago, POI gathered all the draught champions from across Nigeria and helped them to set up the Draught Federation of Nigeria and since then, he has organized and hosted draught tournaments in Benin City between Nigeria, Ghana and Cameroon. His passion for the game has attracted onlookers and opened their eyes to how the game is played.

Pastor Osagie . He is a man with great capacity and wisdom beyond his years. He loves Edo people and Edo people love him.

Oh by the way, I can’t forget this, you can never walk in on POI while he is eating and not join him, even if you have a full stomach, you must sit down and eat with him, so beware. 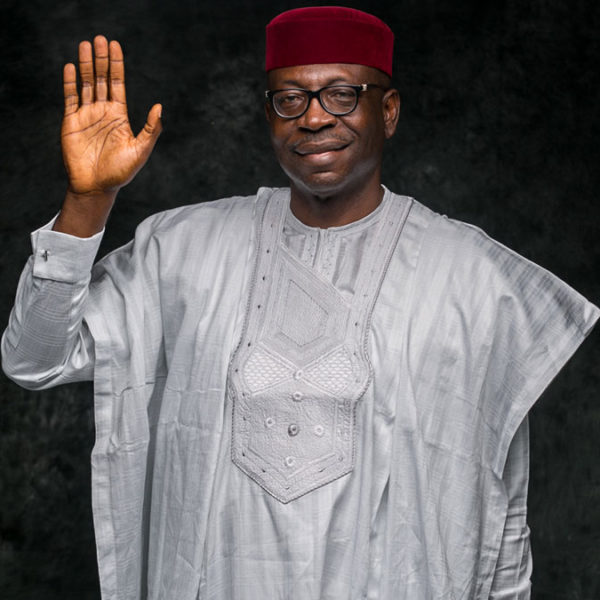 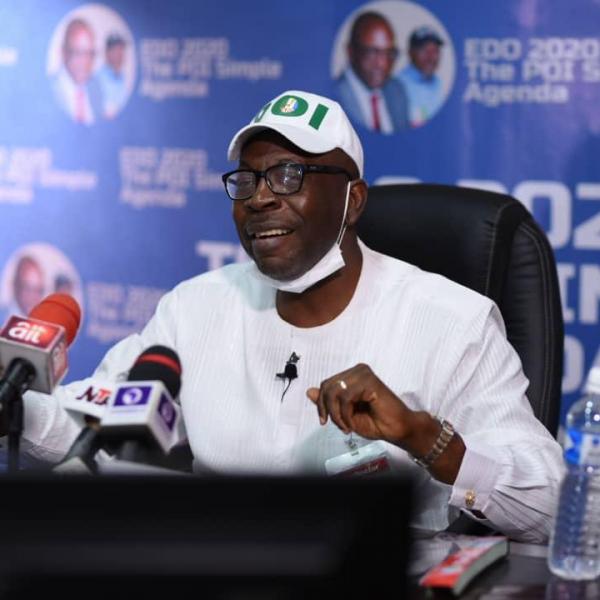 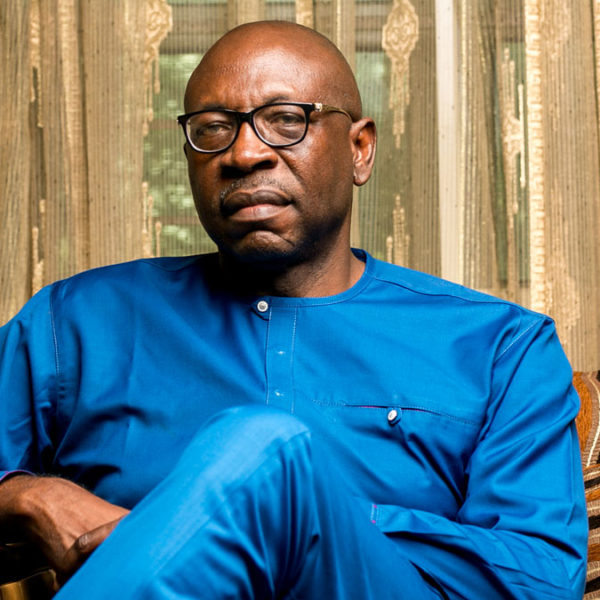