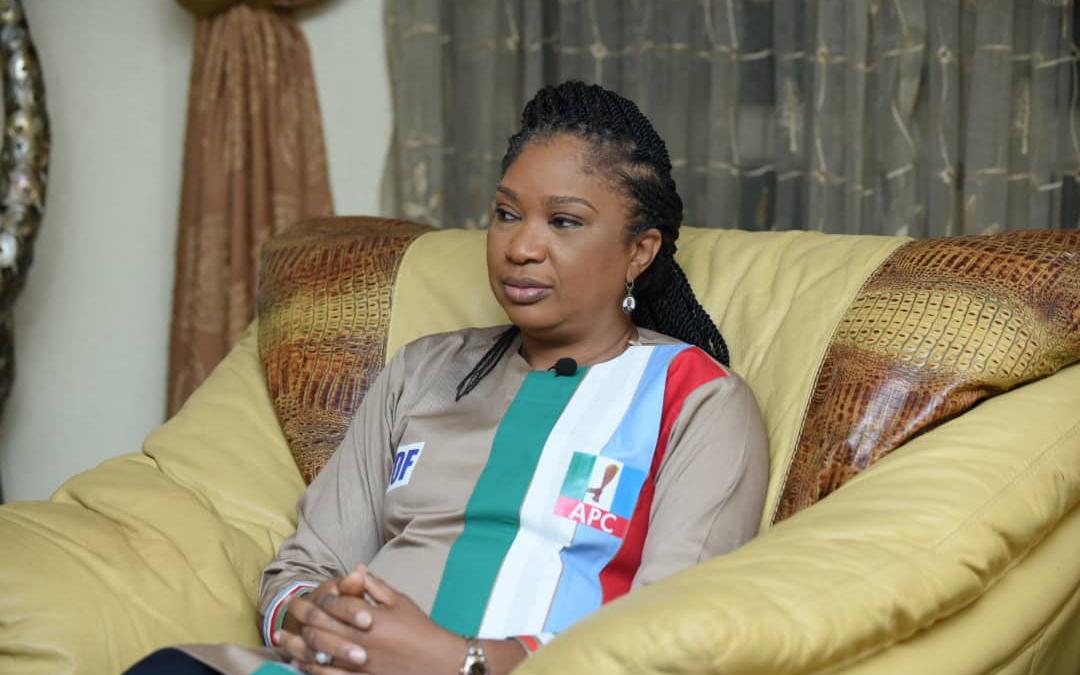 Prof. Idia Ize-Iyamu, the wife of the APC Governorship candidate in the Edo Governorship election, has said her husband, Pastor Osagie Ize-Iyamu, has plans to establish a special victims unit to combat sexual assault and care for survivors of rape and other gender-based violence if elected as Governor on the 19th of September.

She said this on Thursday while featuring on a popular morning show, Your View, on Television Continental.

The professor of Orthodontist who recently flagged off a free medical outreach across the three senatorial districts of Edo State to provide access to quality healthcare to residents of communities lacking health centers and personnel, says her husband’s administration will prioritize the care and empowerment of vulnerable groups in the state.

Describing herself as an empowered woman, Prof. Idia praised her husband as a compassionate man who is a strong believer in the capacity of women to inspire change in the society and contribute to growth and development when provided with an enabling environment and offered the right support.

She recounted Pastor Ize-Iyamu’s continuous support and encouragement in her journey to being a Professor following their marriage in 1992 when she had just completed her university education.

“I am an empowered woman because my husband, Pastor Osagie Ize-Iyamu, supported me all the way. I had just completed my university education when we got married and he told me not to rest on my oars. He actively supported me in my academic journey to becoming a Professor.”

“At a time in my career, I had to go for posting for two years, and my husband not only allowed it, but also made sure I had all that I needed. There were times when the cost of research became a challenge, as you know funding for research in this part of the world is almost non-existent, and my husband would ask how much I needed to complete my research and provide the funds.”

“Even when I grew tired, he encouraged me and gave me the moral support to continue publishing. He always reminded me of the mantra ‘publish or perish’ and encouraged me to keep going.”

Prof. Idia expressed confidence that Pastor Osagie Ize-Iyamu has plans to offer similar support and empowerment to all Edo women in their chosen endeavors if he emerges as the Governor.

When quizzed on her husband’s involvement in politics as a clergy, she stressed the importance of having righteous and honest leaders in political office, quoting the Bible book of Proverbs which says ‘when the righteous are in authority, the people rejoice: but when the wicked beareth rule, the people mourn.’

She however clarified that her husband’s spirituality and proven integrity are not his only strong suits, but also his wealth of experience in public service as a former Chief of Staff and Secretary to the State Government, as well as his credentials as a homegrown politician who knows the true problems of the people and the right solutions to them.