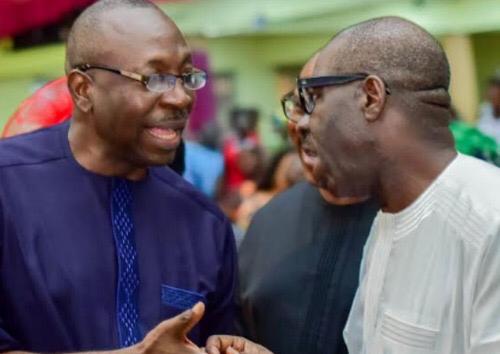 The candidate of the All Progressives Congress in the Edo Governorship election, Pastor Osagie Ize-Iyamu, has sympathized with the PDP and its candidate, Governor Godwin Obaseki, over the motor accident involving their supporters reportedly traveling to a campaign event in Ivioghe, Etsako East.

The supporters, traveling in a campaign bus and another car, reportedly suffered a collision, leading to the hospitalization of an unconfirmed number of persons.

Reacting through a statement issued by the APC State Media Campaign Council, Pastor Ize-Iyamu expressed sadness at the incident and prayed for the quick recovery of everyone involved in the crash.

He said: “I have just heard the sad report of the crash involving supporters of the Governor Godwin Obaseki and the PDP in Ivioghe, Etsako East. I wish to express heartfelt sympathy to the Governor, his party, and the families of everyone involved in the unfortunate accident.”

“I am joining everyone in prayers for the quick recovery of all injured persons so they can safely rejoin the campaign of the Governor as we approach Election Day. May the Lord perfect their healing and make their recovery both quick and total. Amen.”