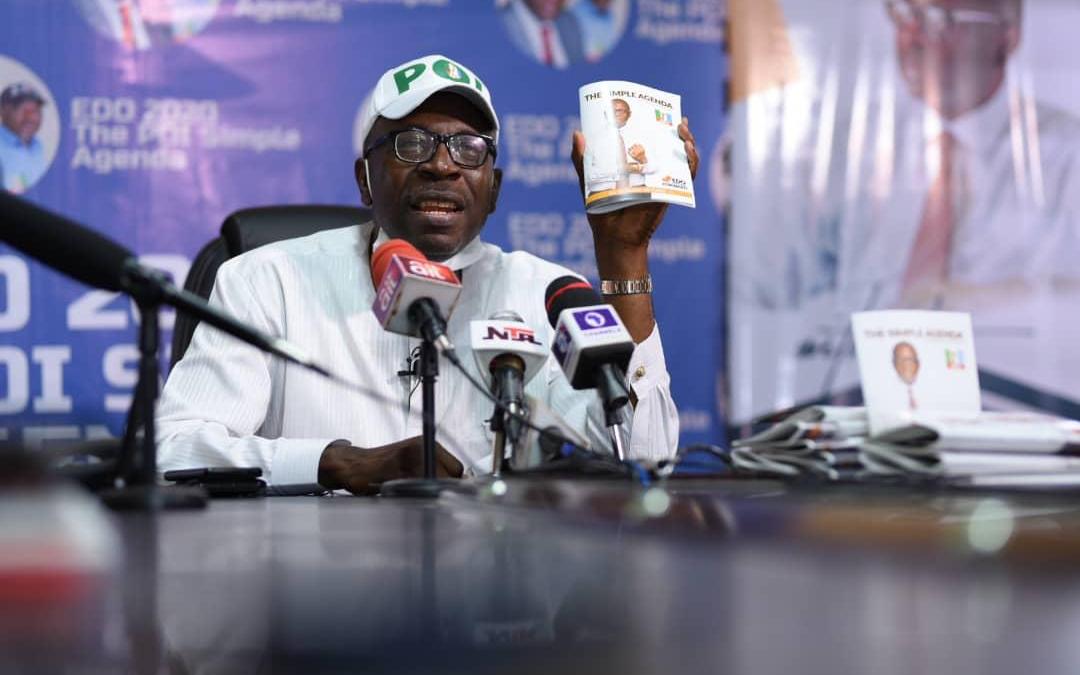 The Candidate of the All Progressives Congress (APC) in Edo State, Pastor Osagie Ize-Iyamu, has flayed Governor Godwin Obaseki, for playing politics with Edo people’s health.

In an interview, he decried how the governor locked up the new Benin Specialist Hospital, because of bitter politics.

“Some of our people travel all the way to Benin city for healthcare,” he remarked, but “they have to pay through their nose because the governor, after politicizing the Benin Specialist Hospital and kept it under lock and key for no other reason except bitter and petty politics, handed it to some private individuals, who are charging the people steep prices, in a hospital built with public funds.”

Pastor Ize-Iyamu said the Benin hospital would not have been a double jeopardy, had Obaseki delivered on his promise of building primary health centres in all of Edo’s 192 wards.

“This government promised to build a primary health centre in all 192 wards. In four years,”he added, “he built none. So, Edo communities have to travel several kilometres just to see a doctor.”

He said such hardship, from an “insensitive leader”, would exit with Obaseki, when he is voted out on September 19.

He pledged: “My administration will change all of these. We will harness the resource potentials of the state across all the three senatorial districts.”

The candidate charged the Edo people to regard voting out Obaseki as a serious moral duty, that must be done on September 29.

He appealed for a “clear and sweeping” mandate, so that the hard task of rebuilding Edo could start without delay.