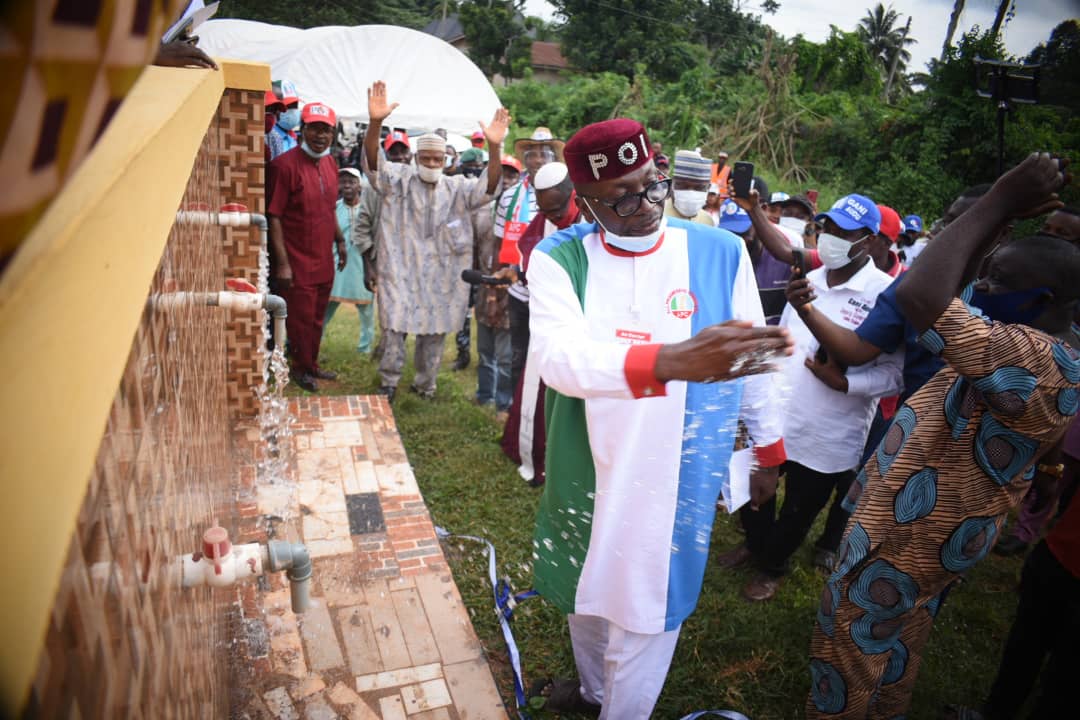 In its address during the commissioning ceremony, the community bemoaned neglect by the present administration of Governor Godwin Obaseki, absence of critical infrastructure, and poor erosion management.

It said: “Among the problems we have had to put up with are lack of potable water and erosion devastation that has destroyed our roads. Last year, a female pupil was swept away by erosion on her way to school and her lifeless body was only recovered after a long search.”

The community praised Professor Steve Iyayi for his ‘generous and sole effort’ toward the construction of the borehole, while urging Pastor Ize-Iyamu to intervene in its problems when elected as the Governor of the State on the 19th of September. 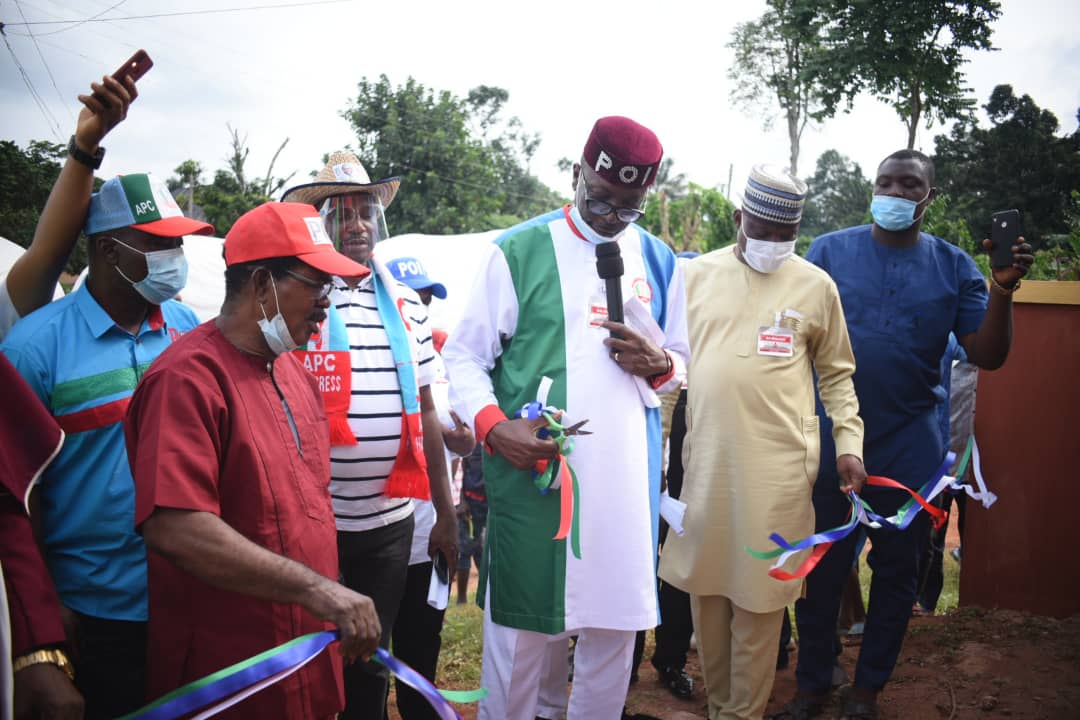 In his remarks, Pastor Ize-Iyamu said it was sad that communities remain without water in the year 2020 and have to resort to self-help to provide basic amenities including roads, electricity, and management of avoidable disasters such as erosion.

He criticized the incumbent administration for its detached and elitist approach to governance which he says have prevented it from articulating the true needs of the people and proffer effective solutions to them.

He commended Professor Steve Iyayi for the donation, noting that his action demonstrates leadership by example which is one of the key pillars of his SIMPLE agenda manifesto. He assured the people that if elected as Governor, he would develop the community, open it up for investment, and fully harness its potentials to create jobs and prosperity.