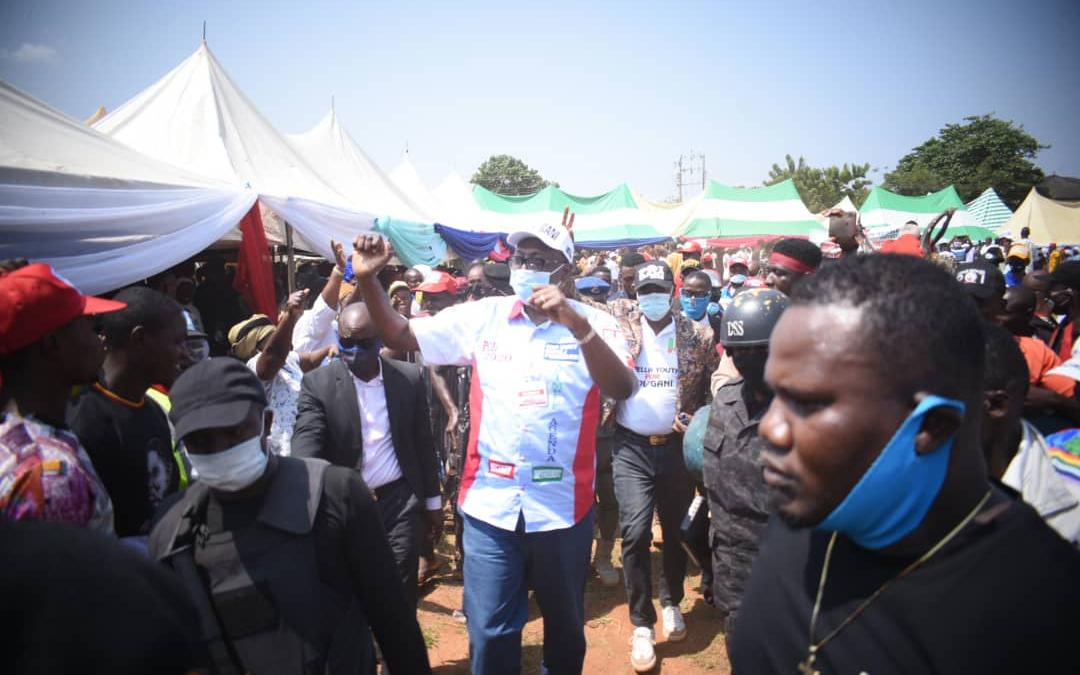 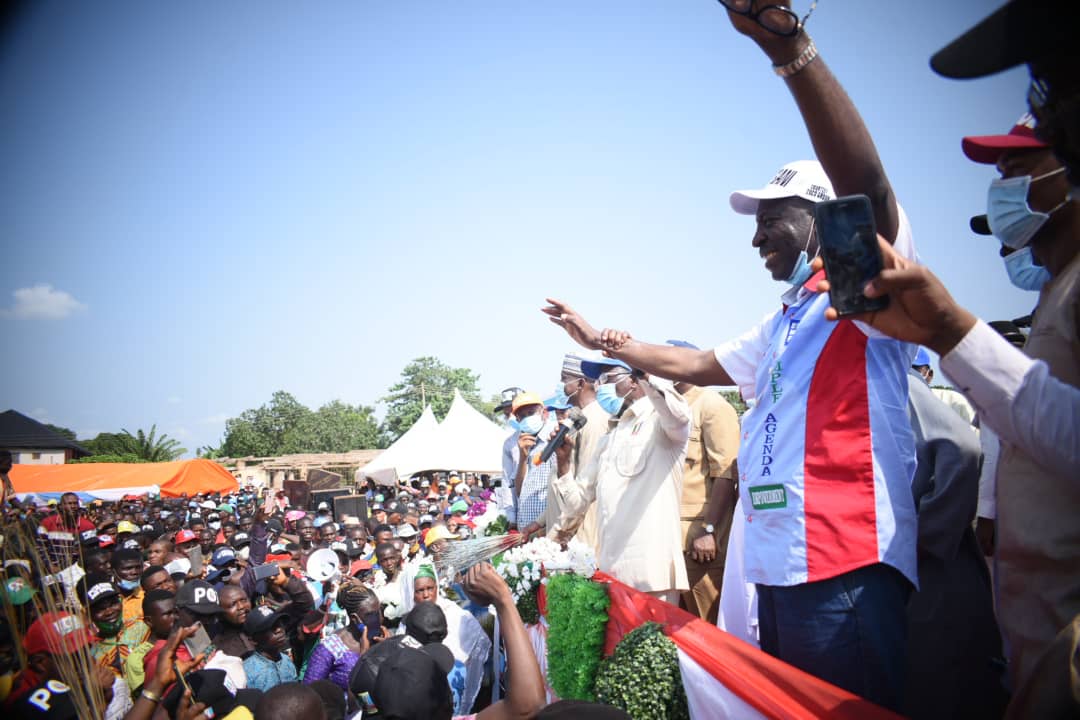 The candidate of the APC in the Edo Governorship election, Pastor Osagie Ize-Iyamu, has promised swift actions to tackle the insecurity problem of Edo State and the provision of adequate support for the Police and other security agencies, including vigilante groups, to improve intelligence gathering and crime-fighting if elected as the next Governor of the state on the 19th of September.

He made this promise on Wednesday while addressing supporters and scores of PDP members who decamped to the APC in Auchi, Etsako West, at the Sports field of the Auchi Polytechnic which served as the venue of the APC campaign rally.

Pastor Ize-Iyamu said Security/Social Welfare is the first item of his manifesto, the SIMPLE agenda, because of its importance to development and the government’s primary responsibility to provide security and welfare to the people.

He criticized the deterioration of security in Edo State since the emergence of Governor Obaseki in 2016 and accused the Governor of failing to provide adequate support to the Police and other security agencies.

“If there’s no security, development is impossible. There’s too much insecurity in our state. Those days when I was in government, we supported the vigilante to great effect in combatting crime, especially in rural communities. When Comrade (Oshiomhole) was governor, he supported them but not so for the present government,” he said.

Furthermore, Ize-Iyamu said the other items on his SIMPLE agenda manifesto, including Infrastructure development and urban renewal, Manpower development, Public-Private partnership, Leadership by example, and Employment and empowerment are crucial to the restoration of growth and development in the state and expressed confidence that his outlined plans will achieve their set-goals within the specific period.

He also promised to run an inclusive government that will unite and bring development to all parts of the state and condemned the incumbent Governor, Mr. Godwin Obaseki, for his attempts to divide the people through a divisive campaign after failing to record any achievement in four years.

“We want a Governor who will develop the whole state and bring development to all districts in the State just as Comrade Oshiomhole’s good works are visible in Edo South, Edo Central, and Edo North. That is the kind of work that I want to do as your governor.”

He urged the people of Etsako West to vote for the APC because the party will put the welfare of all Edo people first, not subject them to illegal, arbitrary arrests and other acts of intimidation like the Obaseki-led administration.

“A governor who does not have the welfare of his people at heart cannot continue in office. We want a governor who respects people and one who will not order the illegal arrest of their leaders,” he said.