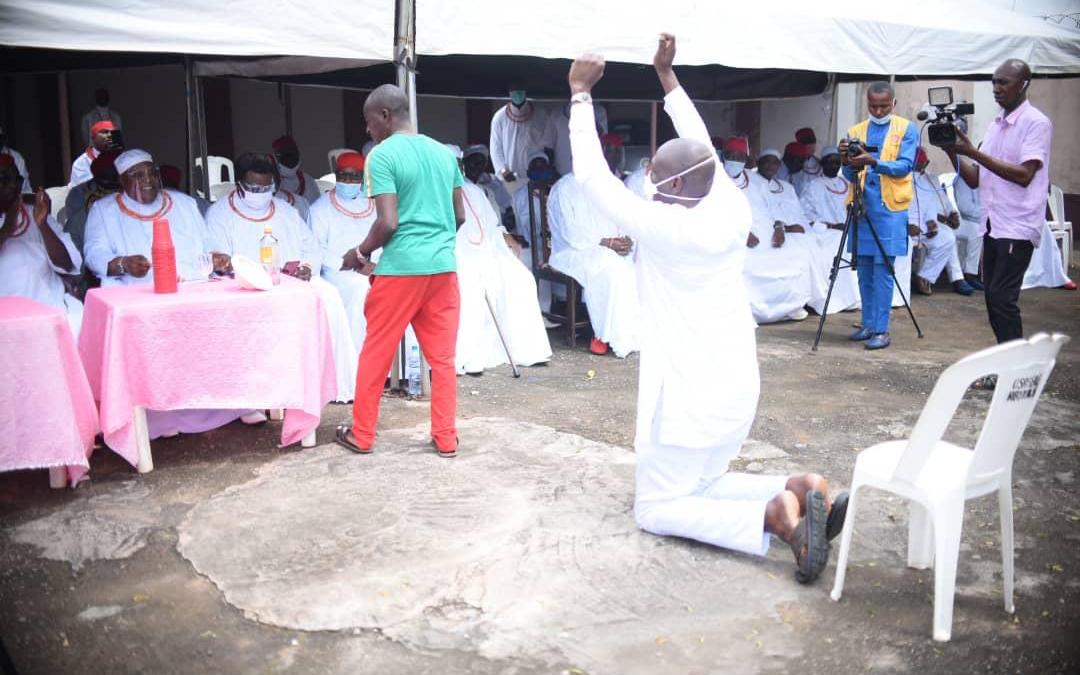 This took place on Sunday, July 26, when Pastor Ize-Iyamu, alongside other leaders of the APC including Comrade Adams Oshiomhole, visited the Enigies at the palace of its President, His Royal Highness, Edomwonyi Iduozee Ogiegbean, the Enigie of Egbaen town, to present the core policies and plans of his campaign manifesto, the SIMPLE agenda.

He lamented the elitist, detached style of administration of the incumbent which, according to him, has resulted in the implementation of wrong policies that fail to address the problems of the people, especially at the grassroots.

Ize-Iyamu cited the worsening conditions of security in Edo State, explaining that the Governor has failed to tackle the problem due to his poor investment in the security architecture of the state and refusal to work with traditional rulers and community heads closer to the people and in possession of vital intelligence reports.

He also criticized the government’s failure to address the acute shortage of teachers in rural communities across the state. According to him, most of the schools in the communities have only one teacher, a situation which has resulted in poor performances during national exams and low enrollment.

He promised to reverse these failures and run an inclusive government that will bring needed developments to the grassroots through a respectful partnership with the traditional rulers who are well-versed on local infrastructural needs.

His Royal Highness, Edomwonyi Iduozee Ogiegbean, who spoke on behalf of the Enigies expressed their non-partisanship and gave him their blessings for his governorship bid.

On his part, the former Governor of the State, Comrade Adams Oshiomhole who received a warm reception at the event, assured the Enigies that Ize-Iyamu will continue his tradition of regular meetings with the traditional rulers to give an account of his stewardship and seek their inputs in policy formation and implementation.

He apologized for endorsing Governor Obaseki who he criticized for abandoning the projects his administration initiated and for frittering away the trust and resources of the state on ineffectual consultancies and MOUs.