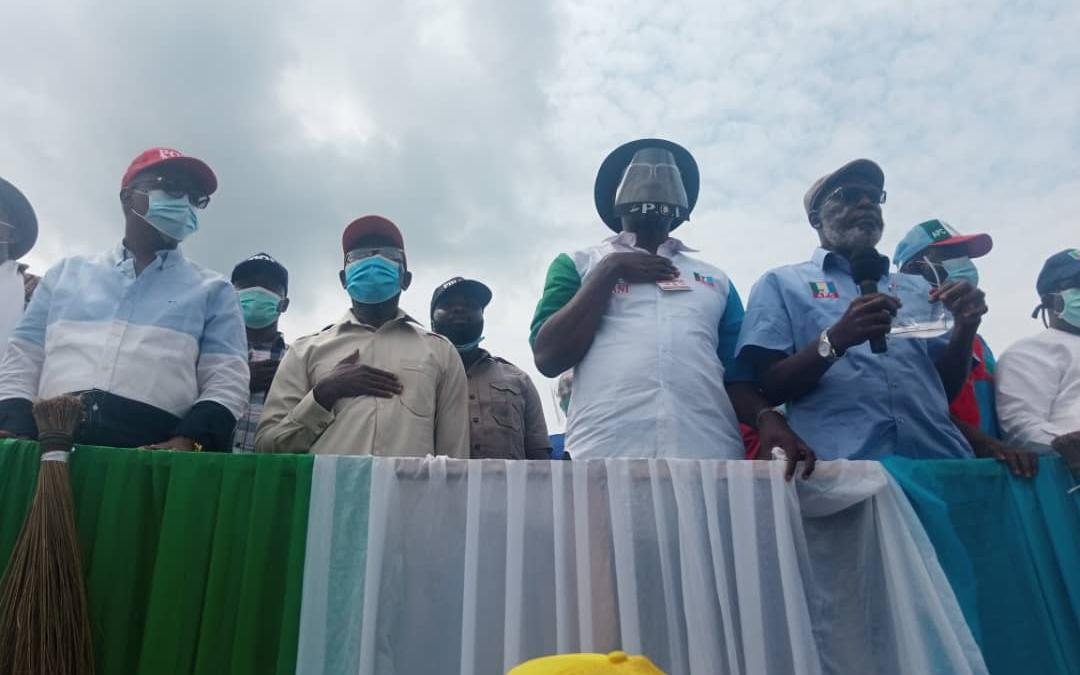 Pastor Osagie Ize-Iyamu, the Edo APC candidate in the Sept. 19 election, has promised to deliver rural broadband development and ensure the availability of high-quality, affordable broadband services in rural communities to reduce inequality and raise the standard of living if he emerges as the next Governor of the state.

He made this promise on Tuesday during his ward tour at Arokho, Ward 7, Owan East Local Government of Edo State. He said his administration will reduce the rural-urban migration in the state by raising the quality of life in rural areas.

He also promised to make operate the skills acquisition center and the hospital built by Hon. Pally Iriase, Former Deputy Majority Whip of the House of Representatives and APC Chieftain, in the council.

He said: “My SIMPLE Agenda is to make life better for all Edo people through manpower development, job creation, leadership by example, infrastructural development among others.”

“This community is known for farming, I promise to assist farmers with loans and farm inputs if elected as Edo Governor.”

Hon. Abubakar Momoh, a former member of the Federal House of Representatives who joined the campaign tour, said Ize-Iyamu is well-positioned to record an overwhelming victory at the polls because of his exemplary public service record.

He praised Ize-Iyamu as a formidable grassroots politician who contributed to the development of the state as Chief of Staff and Secretary to the State Government.

“The PDP candidate has nothing to show that he did in Edo North. The people are wise and they want a governor in the person of the APC candidate, Pastor Osagie Ize-Iyamu, that can provide infrastructure for them.”

Mr. Lawrence Okah, the Edo APC Secretary, also expressed confidence of a comprehensive victory for the APC at the polls, stating that Ize-Iyamu represents the aspirations of the people for a change in government.

He said: “We are here to present our Governorship candidate to the people of the different wards in Owan East. The people are yearning for change and Ize-Iyamu is the change the people want.”