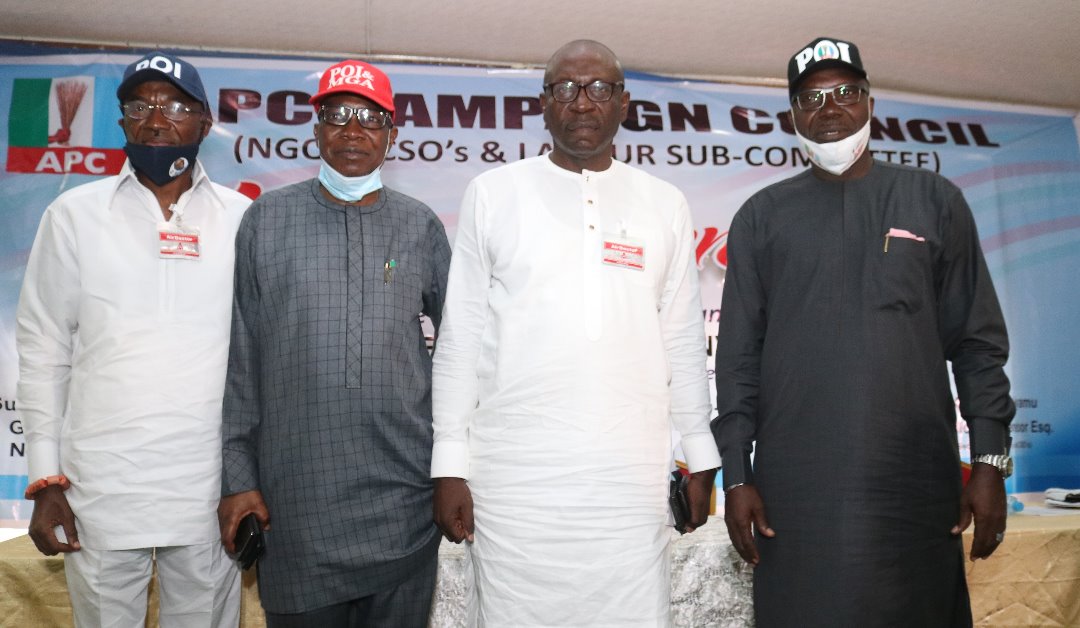 In a massive show of show support for their candidate, Pastor Osagie Ize-Iyamu, leaders of the All Progressives Congress (APC) turned up the campaign rallies a notch on Sunday by organising a mega summit in Benin City.

The summit, which was chaired by Professor Julius Ihonvbere, was attended by distinguished dignitaries, NGOs, CSOs and bodies of the APC Campaign Council.

Professor Ihonvbere, addressing the Committee, said the campaign was a season to reflect and focus on strategies for good governance while urging the committee to put all hands on deck towards winning the September 19th election.

Meanwhile, former House of Representatives member, Rt. Hon Rasaq Bello Osagie described the committee as a ground clearing for APC gubernatorial candidate, Pastor Ize-Iyamu, adding that the current government’s only programme was ‘memorandum of understanding’. He also described Pastor Ize-Iyamu as a Man of God with vision and humility.

Also at the summit was Pastor Ize-Iyamu, who listed the challenging crises in Edo state as including security, education, lack of teachers and good infrastructure, and employment. Analysing his SIMPLE agenda, he expressed dismay at the present government’s failure to create the 200,000 jobs it promised, stating that the most pressing crisis is good leadership.

He added that the Edo state central hospital built by the Comrade Adams Oshiomole’s government, which had been privatised by the Governor Obaseki’s administration, has developed an apartheid system of treating only rich Patients and abandoning the poor ones while the old hospital has been totally neglected and left in a dilapidated state with overgrown grasses.