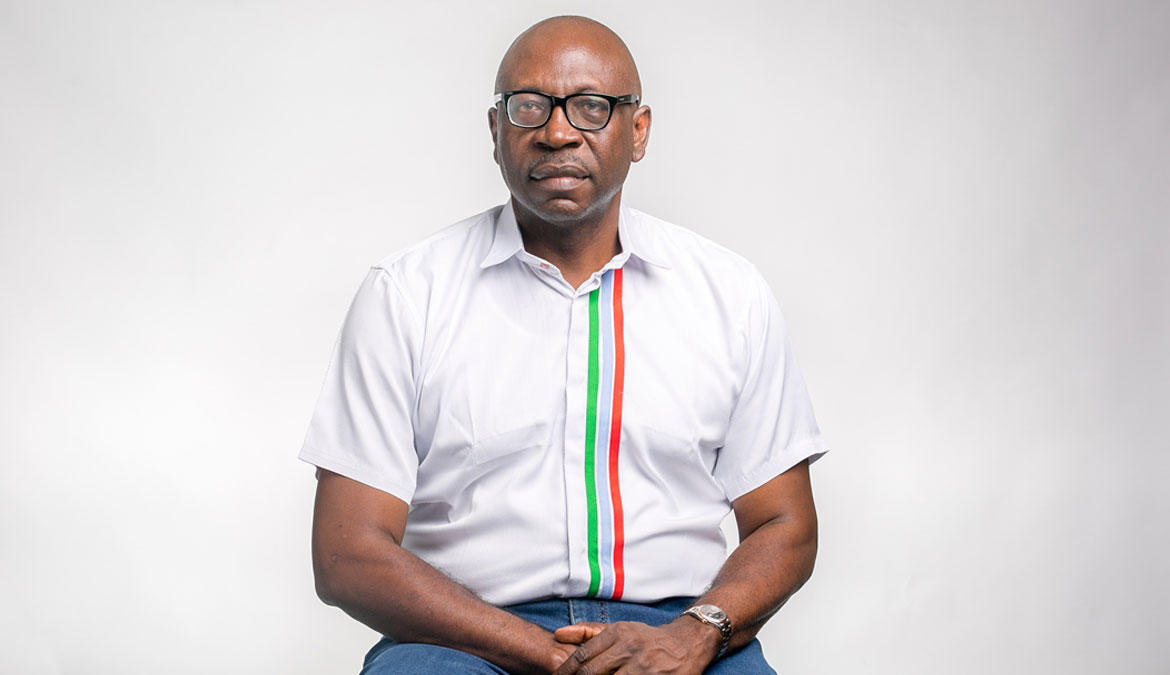 In the latest indication of his leading position and widespread support in the bid to emerge as the candidate of the All Progressives Congress in Edo state, 21 groups spread across the three senatorial zones of the state have endorsed Pastor Osagie Ize Iyamu, with some attributing the endorsement to long admiration of his leadership skill and state-wide efforts to cushion the effects of COVID-19 disruptions as the state prepares for a reported lockdown.

One of the groups, The Voice of Edo Central [TVEC], in a statement signed by its Chairman, James Ailemen in Uromi, commended the organized response of Pastor Osagie Ize Iyamu to COVID-19 in the state and his show of leadership at the time the state was in great need of it.

“Do you know what it is to feed a family in Nigeria? Then you can imagine what it is to now feed a family in distress. Pastor Ize-Iyamu has risen to the challenge and reached to the needy in these trying times. We have always known Pastor Ize-Iyamu to have a large heart but today he has proven he is worth having as a leader. Edo State needs a governor that is proactive to its citizen’s welfare, security and health insurance and that is what we call a responsive government. Pastor Ize-Iyamu is the only one that can guarantee a better Edo for us and our coming generation,” the statement read. 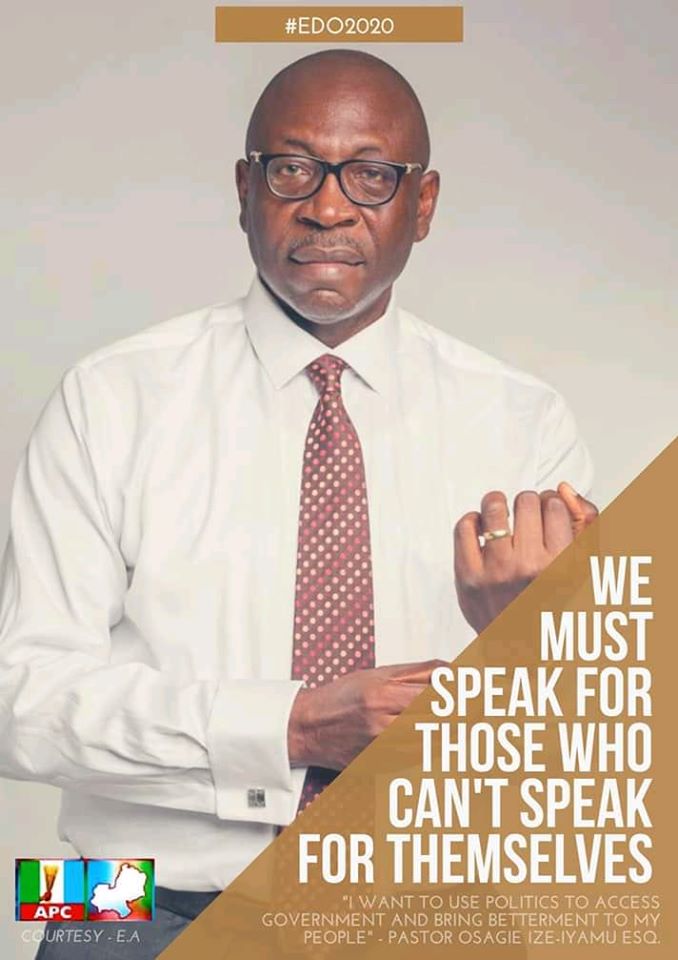 Similarly, another group Alliance for Youth Awareness has announced its unanimous decision to back Pastor Osagie Ize Iyamu.

”If you are perfect you need no filter or makeup, Pastor Ize-Iyamu has once again risen to the occasion with his sense of empathy and commitment to serve. This is not about politics, Pastor Ize-Iyamu needs no dressing his intentions are clear. He has showered us with all his attention and we have seen he is not pretending, Ize-Iyamu is the best,” it said in a statement signed by its President and Secretary, including the fact that youths of the group, across the 18 LGAs will now be working for the actualization of POI’s candidacy.

In Edo North, at least 19 groups have come together form the ‘Joint Action Movement for Pastor Osagie Ize Iyamu [JAMP]’ with the primary objective of securing his emergence. Explaining what informed the decision, the pro tempore President of the amalgamated group, Comrade Ali Ibrahim Baba, also credited it to Pastor Osagie Ize Iyamu’s show of leadership in handling COVID-19 in the state.

“Pastor Osagie Ize- Iyamu has demonstrated that Edo state can move forward, his response to the COVID-19 outbreak in the State has simply ascertained how a leader should react to emergencies. Ize-Iyamu has shown that indeed leadership is a call to serve.”

“Seeing his amiable wife, Prof Idia Ize-Iyamu in Edo North distributing food bags to our people moved a lot of us to tears. We need a compassionate family at Dennis Osadebe Avenue and to this, we have come to the conclusion that Pastor Ize-Iyamu should be supported as the next governor of Edo State,” he said.